The propeller is the final link in a boat’s power train. Its job is to take the torque created by a marine engine and convert this torque to thrust. A propeller is designed to control the engine’s RPM and hold it at wide open throttle to the recommended RPM range specified by the manufacturer of a motor. This preferably should meet the crest of the power curve of the motor.
The power curve is the RPM range where the motor is developing its maximum horsepower and efficiently. If the motor revs beyond this point, it is over revving, and if the motor is not able to reach this point it is loaded down. Either way, this causes poor performance and unnecessary wear and strain of the drive train.

There are four basic type of unbalance: Static, Kinetic, Dynamic and Whip. Propellers are balanced using Static or Dynamic means.

Static unbalance is gravity at work. If a propeller is placed between centres on frictionless rollers the heavy or weighted portion will rotate to the bottom immediately. This is corrected by adding or removing weight from the propeller.

Dynamic unbalance is a twist caused by two forces in two separate planes. If weights were placed 180 degrees opposite the other, no single point would roll to the bottom, because the prop would be balanced both statically and kinetically. By rotating the propeller at an appreciable speed each weight would cause its own centrifugal force in separate planes. This would cause an end to end rocking motion. 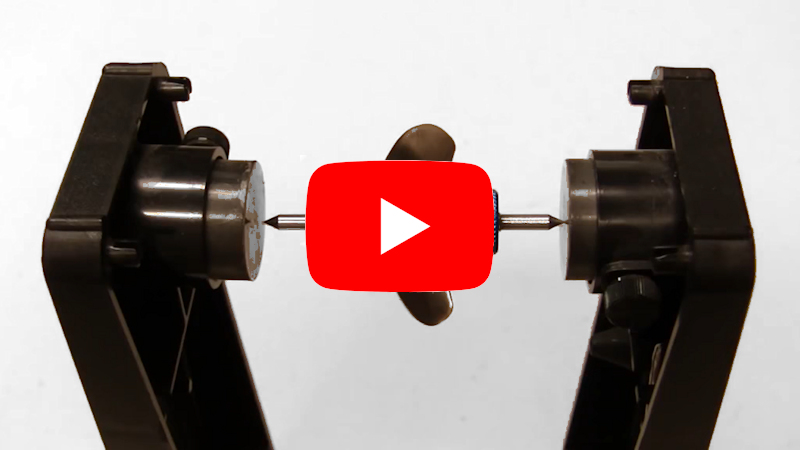 The following is courtesy of Prestwich Models. Prestwich can supply a full range of CNC machined props for all applications.

Back to News Articles | Other Technical Articles