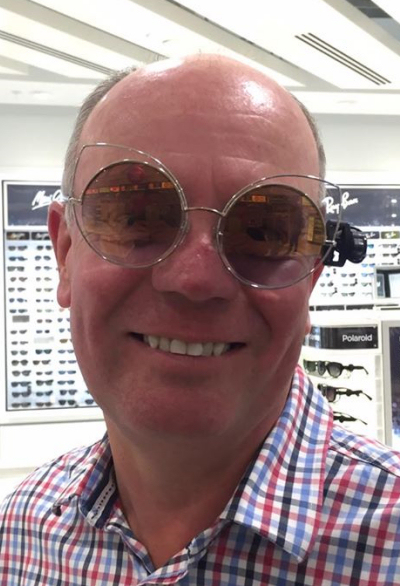 Julian lives in Sussex with his wife Julie and son Ross, a former Junior World Champion in 15cc. He runs his own business Aquilar dealing in leak detection systems, which may explain why his radio boxes are always bone dry! Julian is a popular member of the racing community and his bright red face (Use some sunblock – Doh!) is instantly recognisable around the lakes of the UK and Europe. Julian has recently completed a ‘Grand Design’ on his house and he now has the luxury of an inside toilet.

Julian has previously been a regular contributor to Model Boats Magazine, writing the ‘Multi Matters’ column. When not racing, he is usually busy snapping pictures or helping run events.

Julian was driving the Ikarus 2.2 in 3.5cc (See latest below) and the Pegasus Evo designed by multiple world champion Dave Marles. Julian’s race colours are red with white stripes. Both boats are powered by CMB engines.

The National Drivers Championship in the 7.5cc class went down to the wire this year (2019) and Julian came from behind to seal the title in the final race, beating Robert Daniel by mere seconds. 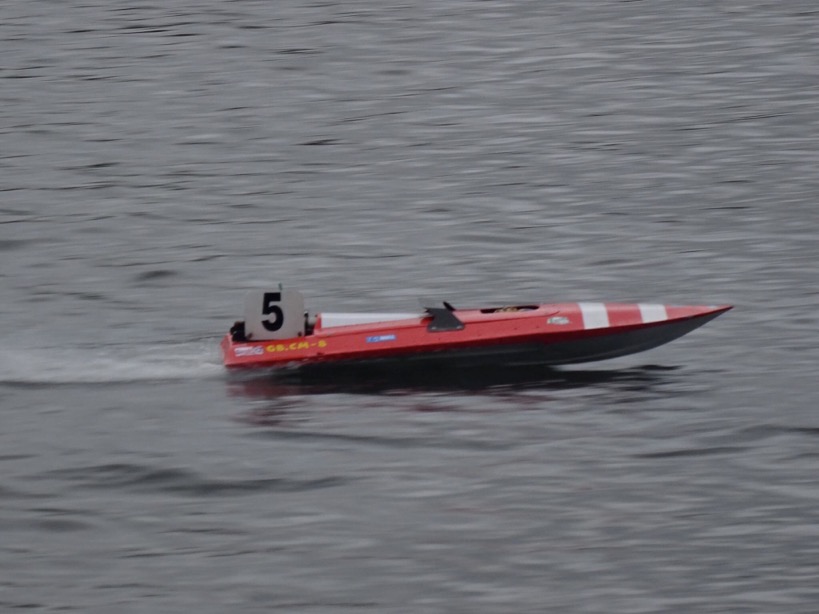 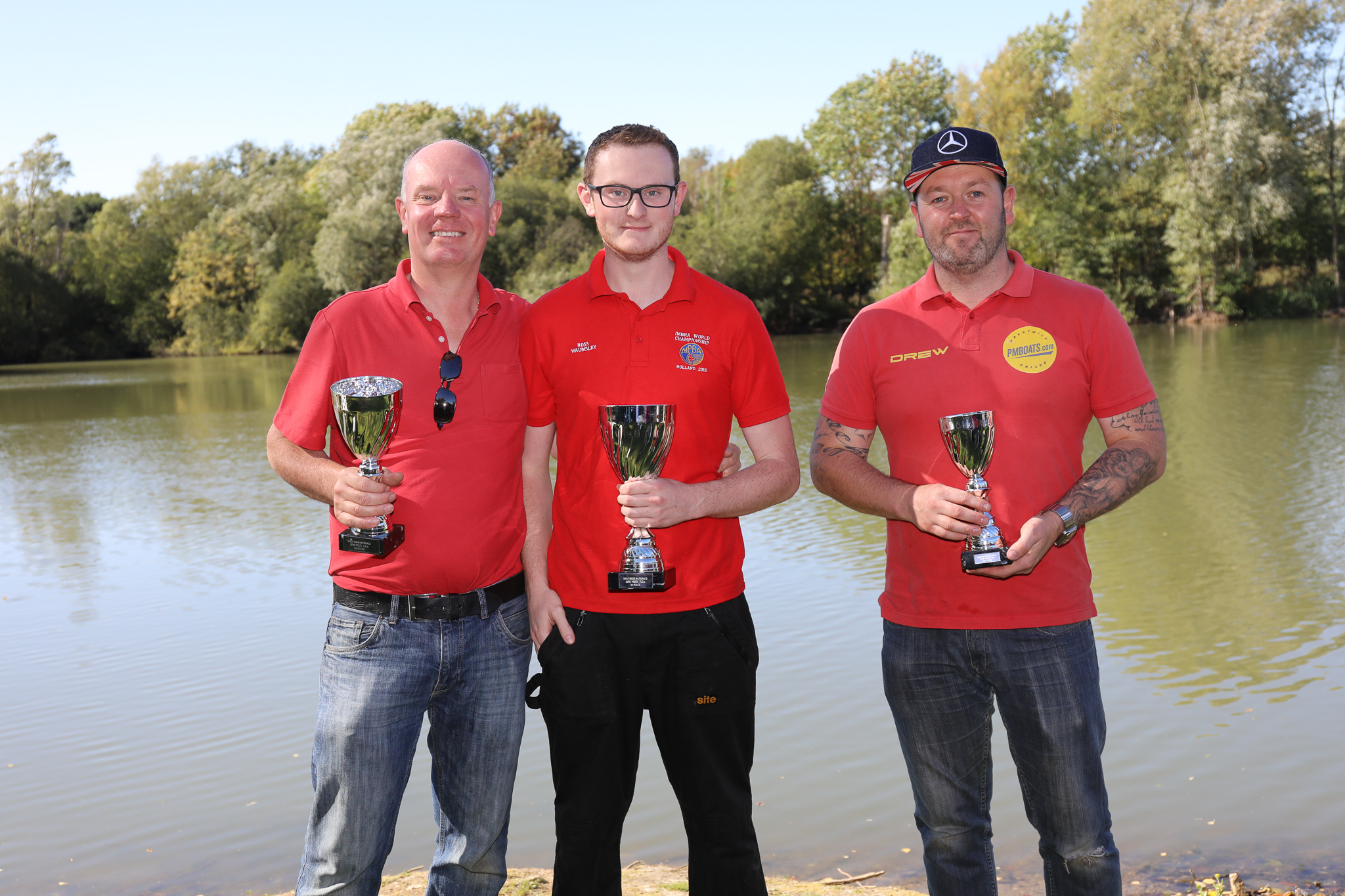 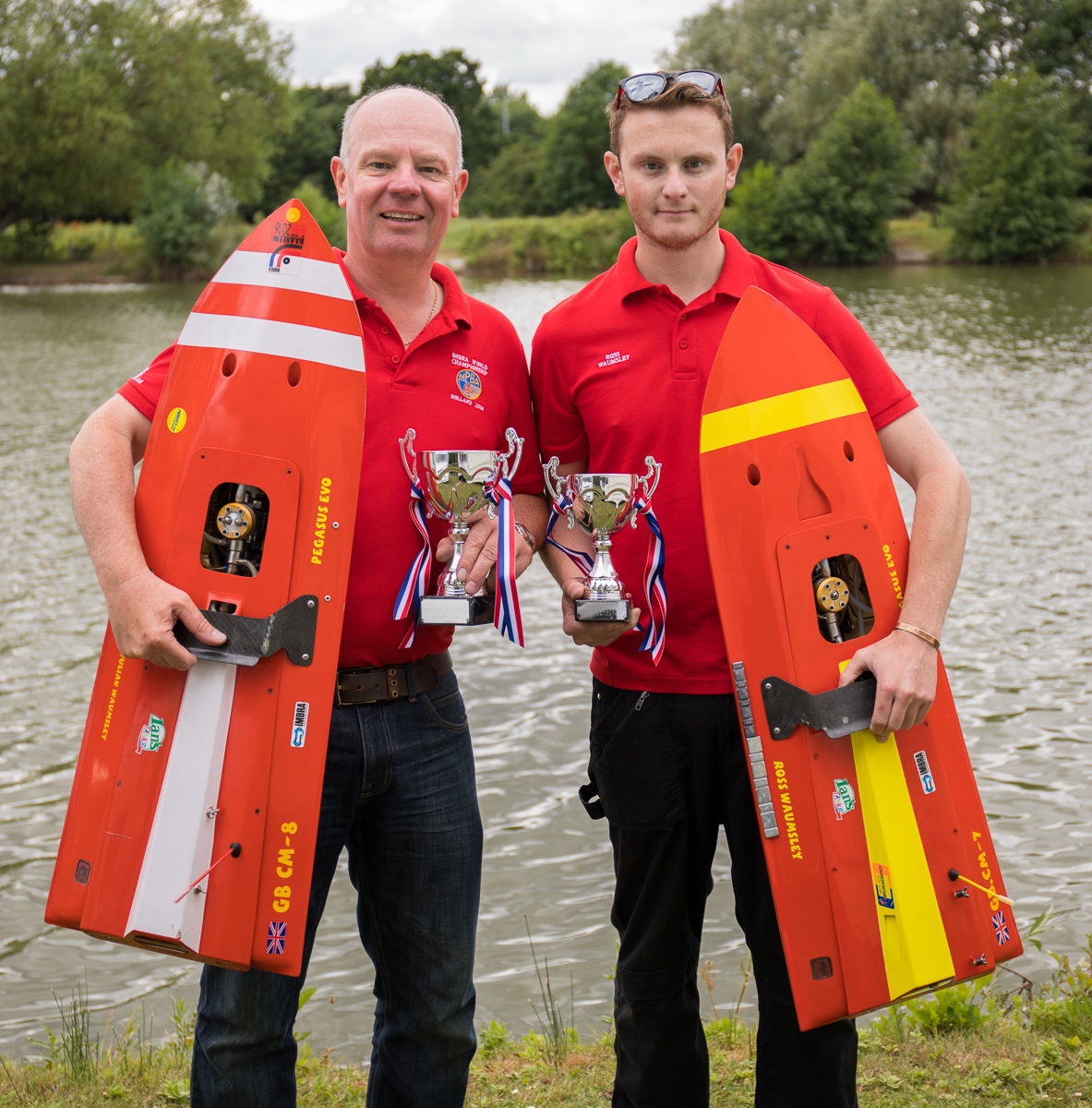