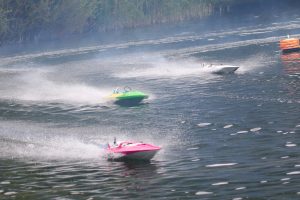 Round 6 of the MPBA 2022 Endurance Championship was held at Peterborough Model Boat Club. A few late drop outs and a repeat no-show (You know who you are) without informing us meant fairly low numbers for this event. There is a link at the top of the Race Hub page that automatically creates an email for you if you book in but then cant attend for whatever reason. It has been there for for several seasons. Please use it. It only takes seconds and it is a matter of courtesy to let the organisers know you are not coming. Jobs are organised and allocated based on who has booked in.

The first 3.5cc round was split into 2 heats. With the low attendance, this meant one heat of just 4 boats which promised a complete bore-fest and that is exactly what happened. We really have to do everything we can to avoid this as the bad driving and poor mechanical reliability invariably ends up with hardly anyone on the water.
Just one point separates Dave Hole and Iain Pickersgill now at the top of the 3.5 Drivers Championship with Iains win today gaining him 13 points over Dave. 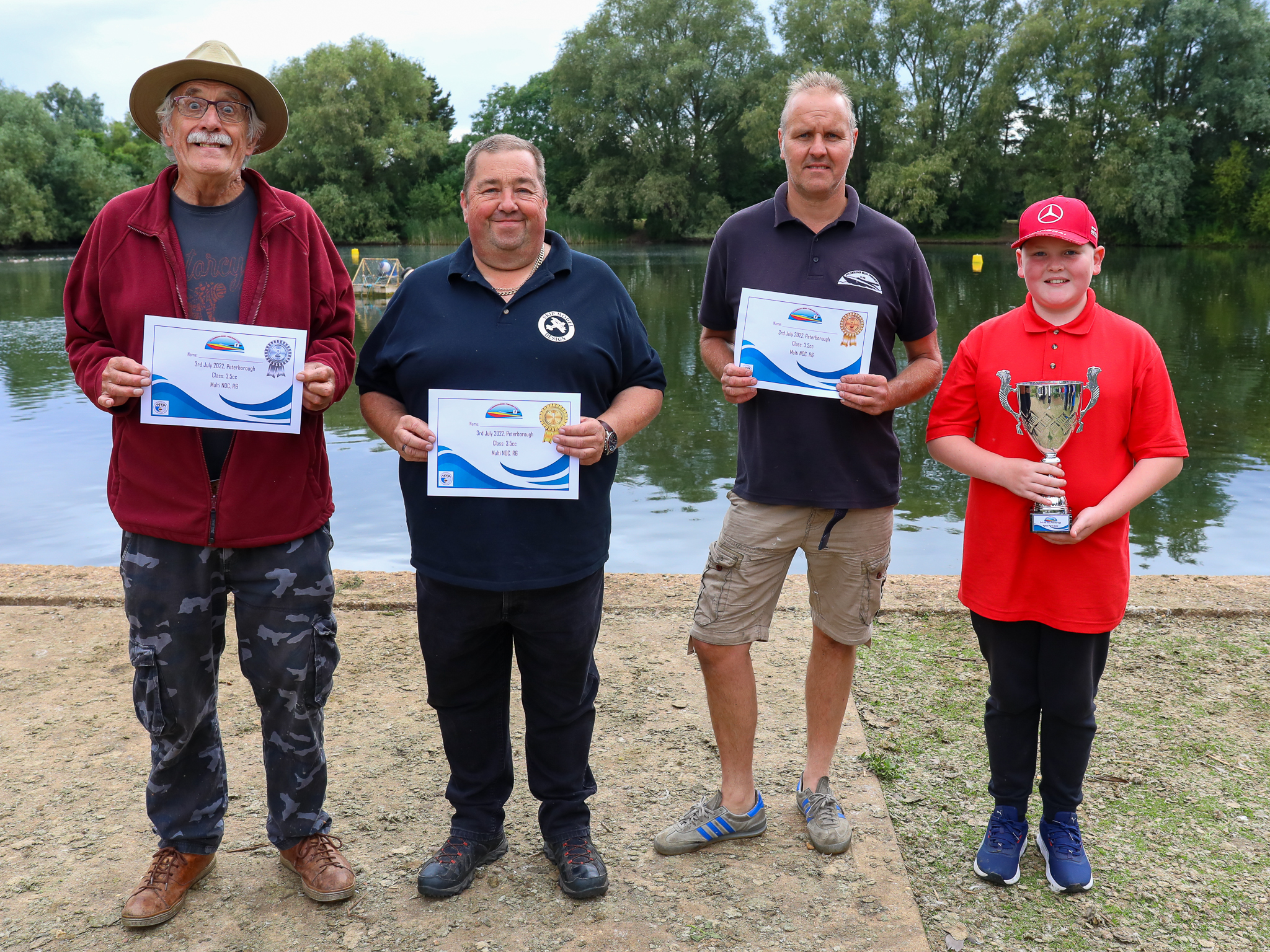 With Andrew Aykroyd leaving his 7.5 at home, Robert Daniel was able to gain back 35 points and jump 25 points clear at the top of the table. Nigel took the win today, 2 laps clear of Robert. Low numbers again meant the racing wasn’t that exciting 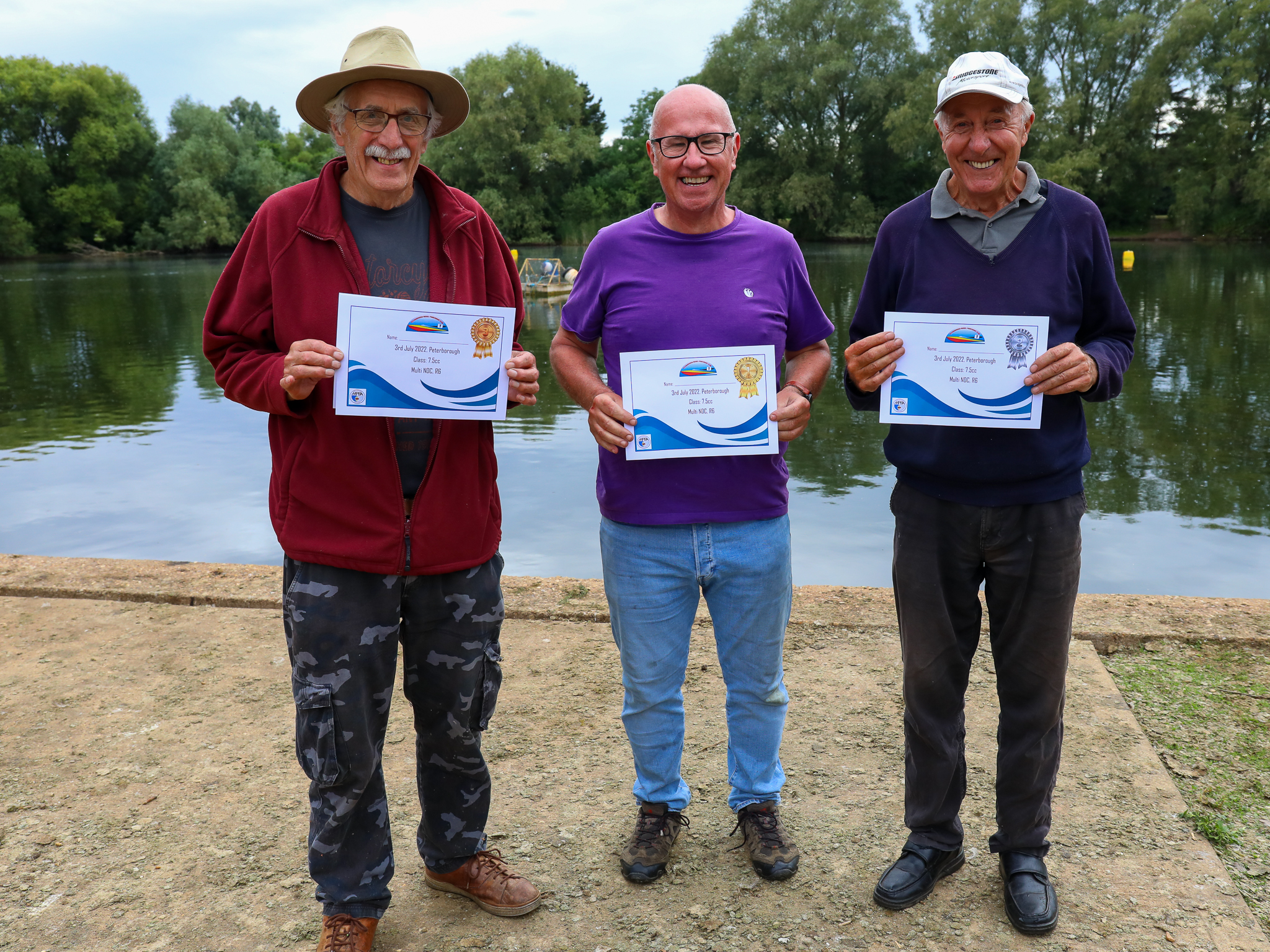 It’s been a long time in the making, but Sam Lincoln finally rocked up with his Boudicca 2 after 3 years and promptly proceeded to win the 15cc class, beating Mike Gelson by 2 laps. With this weekend being the last chance to test the new boat in an actual race before the 2022 iMBRA World Championships, Sam was especially pleased that the boat worked well.

Some big crashes in the 15cc races. Certain people need to take a hard look at themselves and completely change their approach. Staying flat out and swerving all over the place instead of throttling is not the right way. I think we should start handing out red cards to repeat offenders. Nobody will want to race with you and that means ultimately you will have nobody to race against. 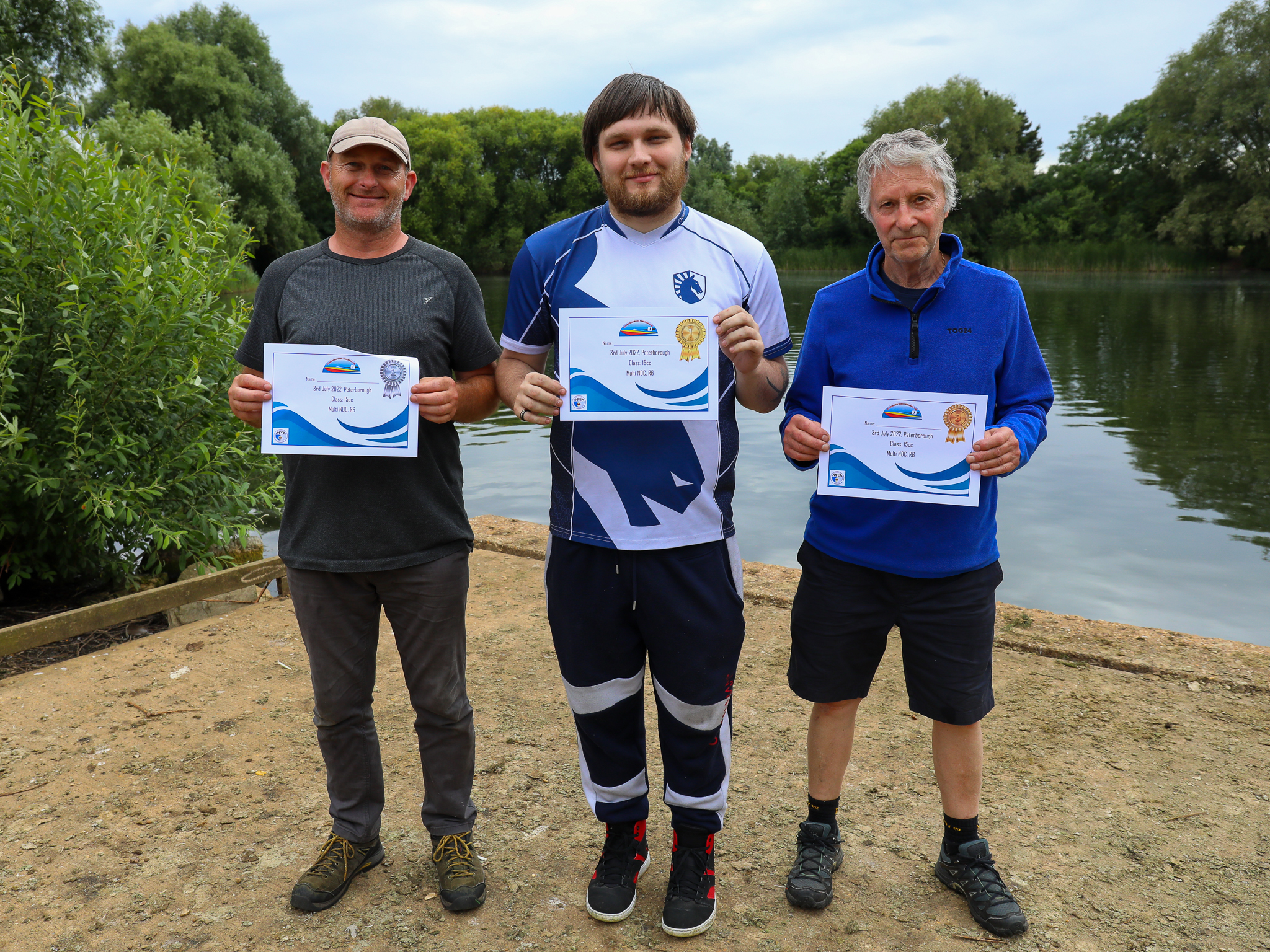 Andrew Aykroyd crushed the opposition to take the win 12 laps clear of 2nd. James uncharacteristically was having mechanical issues and could only manage 4th today. The 2nd heat was ruined by both Andrew and James being disqualified for noise. There was unfortunately no choice in this as any more noise complaints could spell the end for racing at Peterborough.
Andrew sits 10 points clear at the top of the drivers championship. 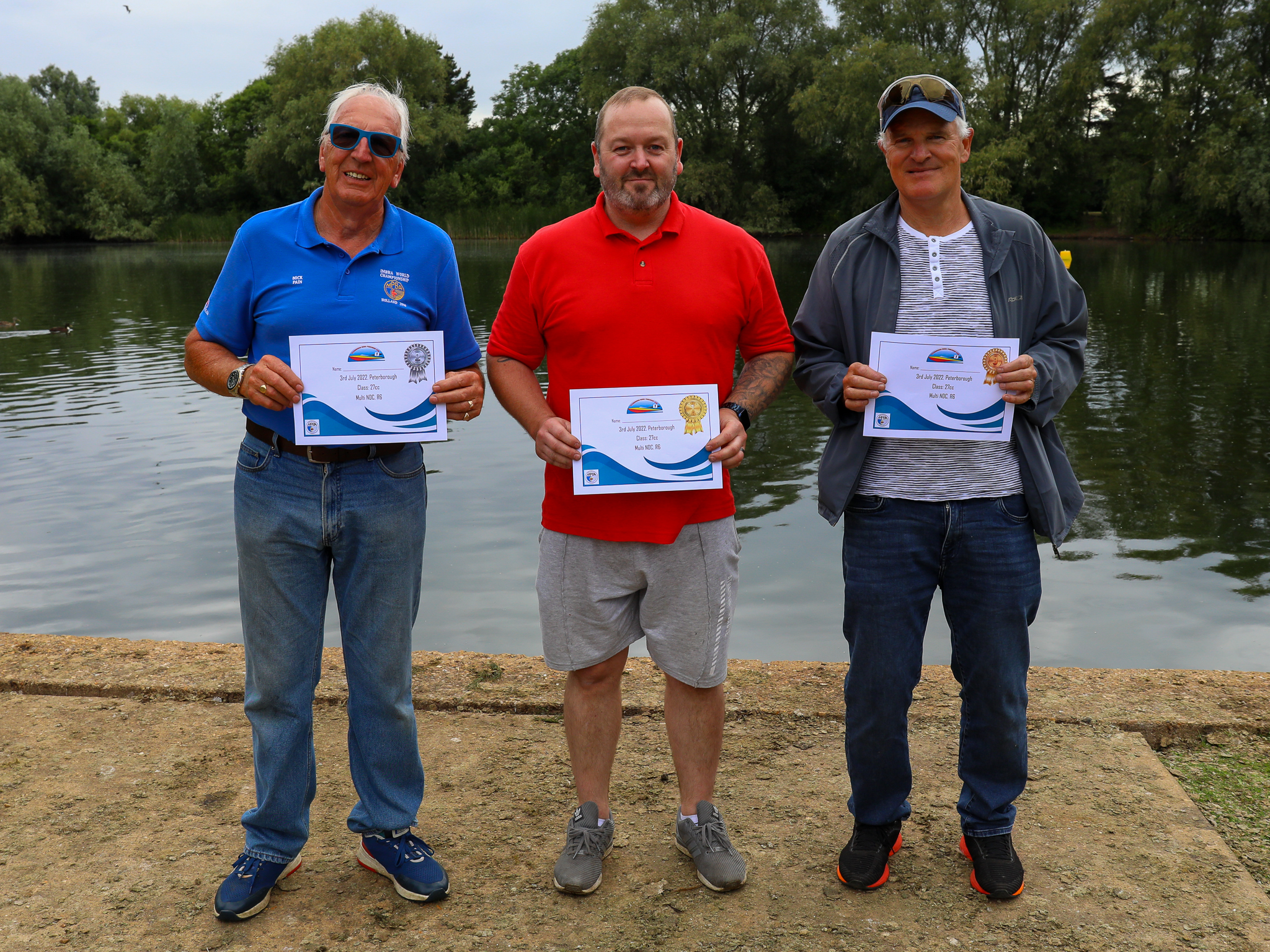 Some shocking standards of driving today resulting in several spectacular crashes. I even saw a couple of drivers racing without their thumb on the throttle, just flat out and swerving all over the place to avoid the rescue and other boats. There are no beginners here. Everyone has been at this for a few seasons and this is simply not acceptable. There are reasons our top racers are attending UK events less and less and the appalling driving is the main one. This, along with the time and cost of sustaining major damage to a £1000+ boat is stopping new entrants to the hobby. Come on people. Calm yourselves and use the left stick. There will always be accidents by the very nature of this hobby but we have to improve the basic driving.

The other thing is noise. There are always busybodies around who will complain about something. Noise is one of them. I don’t care how loud something is and I wouldn’t care even if a race was held next door to my house as long as it wasn’t every weekend. Nothing else to say really. You can read This