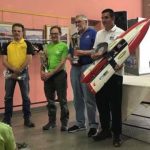 The 8th Trofeo Camillo Braghieri race was held over the weekend of 7/8/9 April in Gonzaga, Italy. 3 MPBA members competed in this event – Zack Humphries in 3.5 and 15cc, Ian Folkson in 3.5cc and 27cc and Ian’s son Miha in the junior 3.5cc class.

Reigning iMBRA 3.5cc European Champion Zack continued his great form from 2017 and took 2nd place, just losing out to reigning iMBRA 3.5cc and 7.5cc World Champion Andras Berta who also won the 7.5cc class. A good start for Zack in this World Championship year.
Zack was unfortunately not able to repeat this success in the 15cc class which was marred by excessive wind across the lake, turning the race into a lottery. Zack was however, pleased with his new Prestwich Models Tornado T7, and said “We are getting there, still some way to go but the speed is good.” 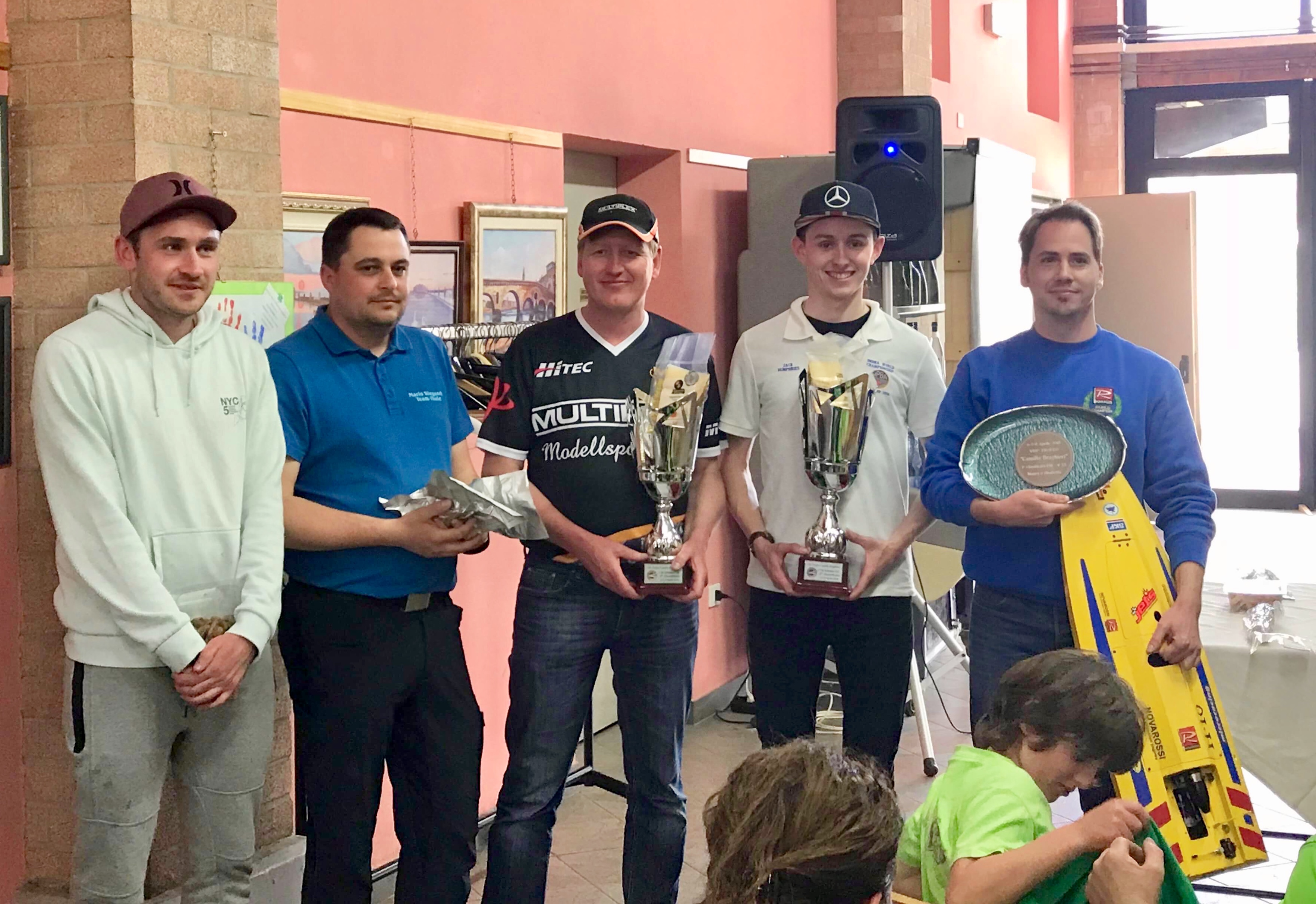 Ian continued his great 2017 form which saw him gain a wildcard qualification for the 2018 iMBRA World Championships by taking 3rd in the 27cc class. The 27cc final was also significantly affected by the wind and Ian grabbed the podium place by anticipating the efect of the water conditions with good strategy. Ian said “Very windy. I decided to down prop and make sure I finished the race. Once I could see it was going to be windy I ran my oldest 2016 motor on a long pipe.” 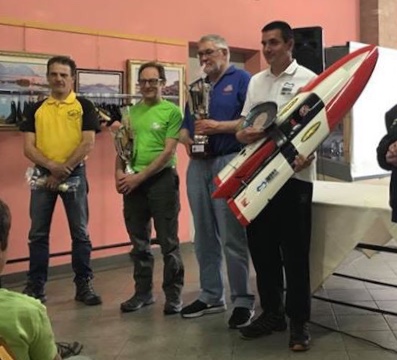 Miha was competing in his 4th International, gaining valuable experience for the World Championships in August and holding his own against several older racers. 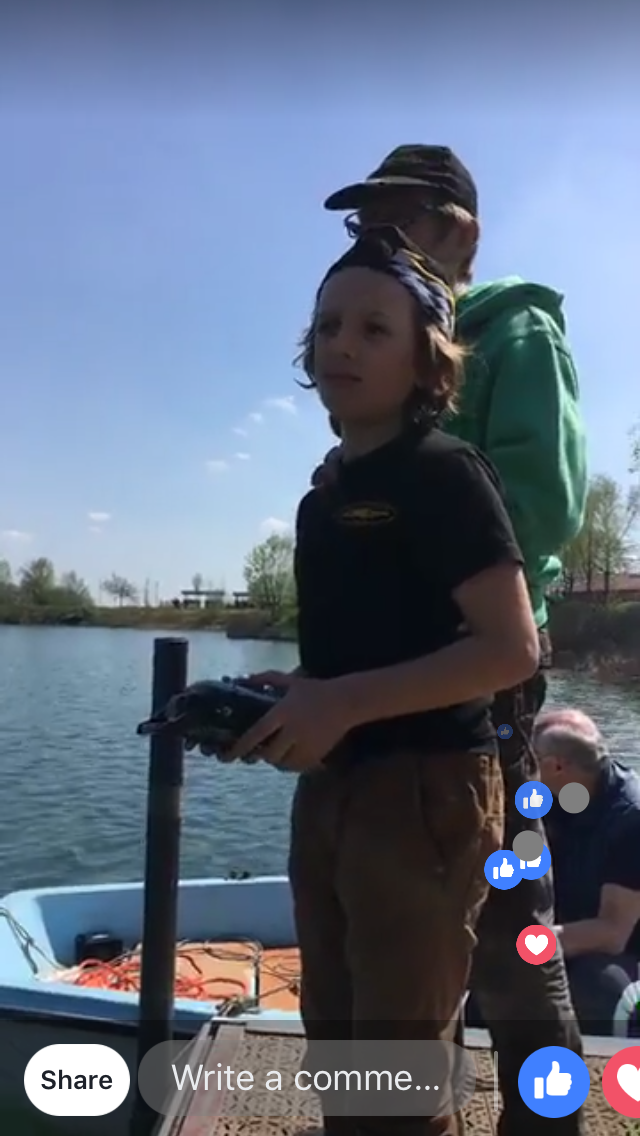