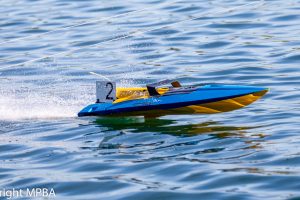 The season opener was held a week earlier than normal this year – We usually start on the clock change weekend. The organisers, spectators and The 25 racers who entered 35 boats between them were treated to a crisp but bright and sunny day with little wind, making for perfect racing conditions.
The spectre of noise again raised its head at Peterborough. Following on from the good work done by Peterborough club to analyse how noise can be effectively reduced, we saw a general drop in noise levels although unfortunately not enough in the 27cc class which had to be abandoned.
Read PMBC noise report here

A decent 11 boat entry allowed us to run a full heat which is always preferable due to attrition. However it seemed the rust had set in over the winter and unreliability and crashing as usual determined the outcome of the 3.5cc class.
Dave Hole was the only competitor to put in a full heat and easily took the overall win, 10 laps clear of 2nd place.
Disaster struck for Dean Lord near the end of the 2nd heat where a huge crash with Iain Pickersgill holed his Ikarus and it very quickly sank to the bottom of the lake. An attempt will be made to recover the boat using scuba divers, but at the moment the outlook is pessimistic. 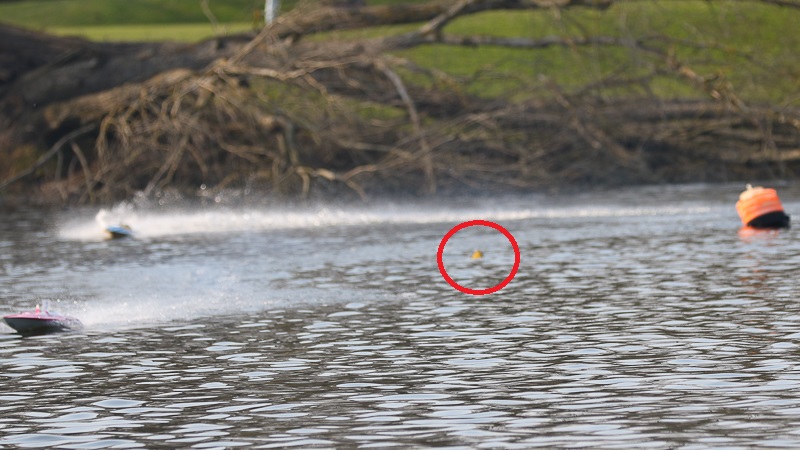 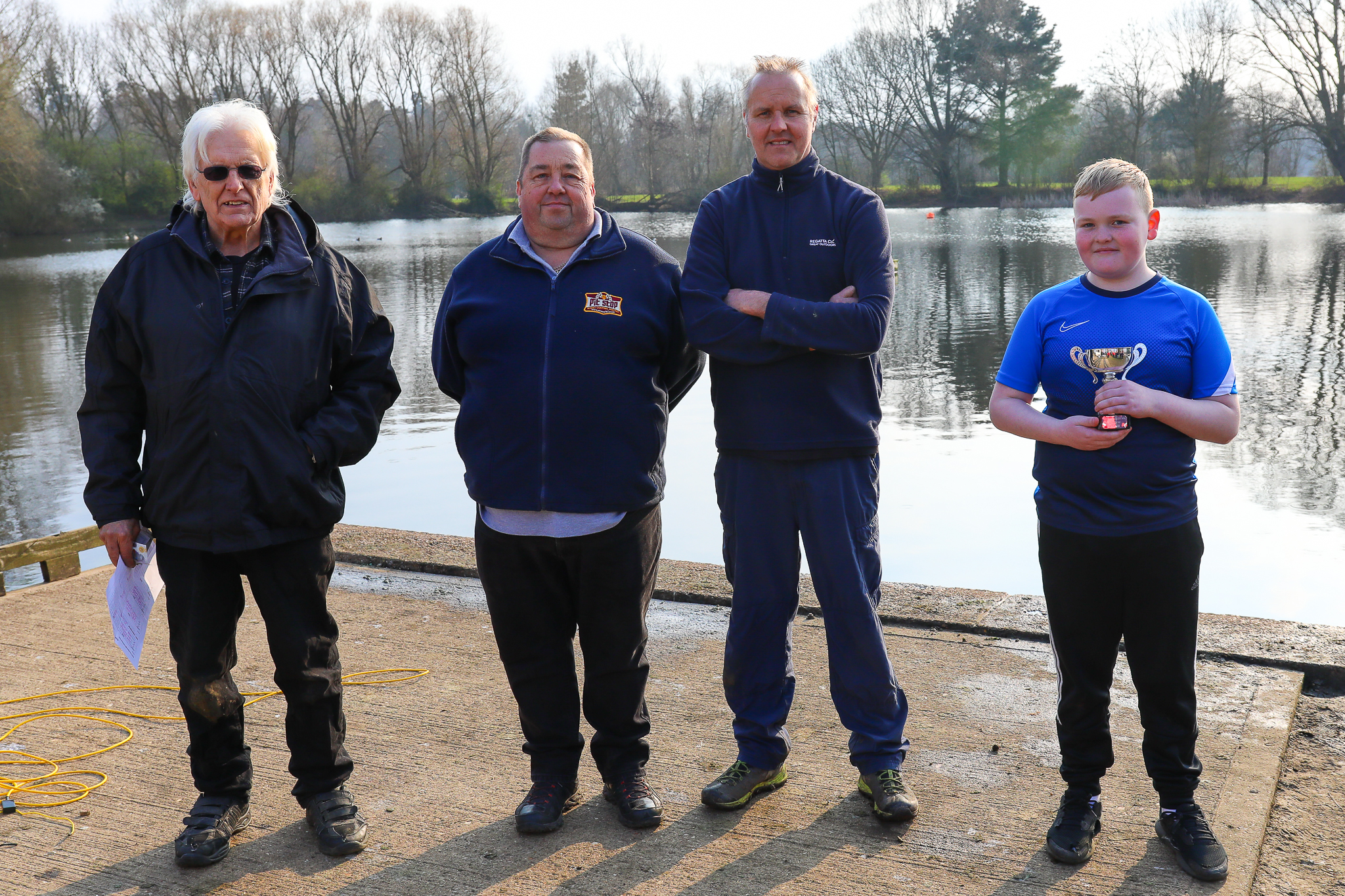 As with the 3.5, just one competitor – Geoff Parmenter managed to put in a full run which gave him the win over 2nd placed Robert Daniel. We saw a good battle between Geoff and Robert whose new Drakkon was going really well in it first outing. Unfortunately Robert seemed to take issue with top right buoy more than once which put him out of the running for the win. 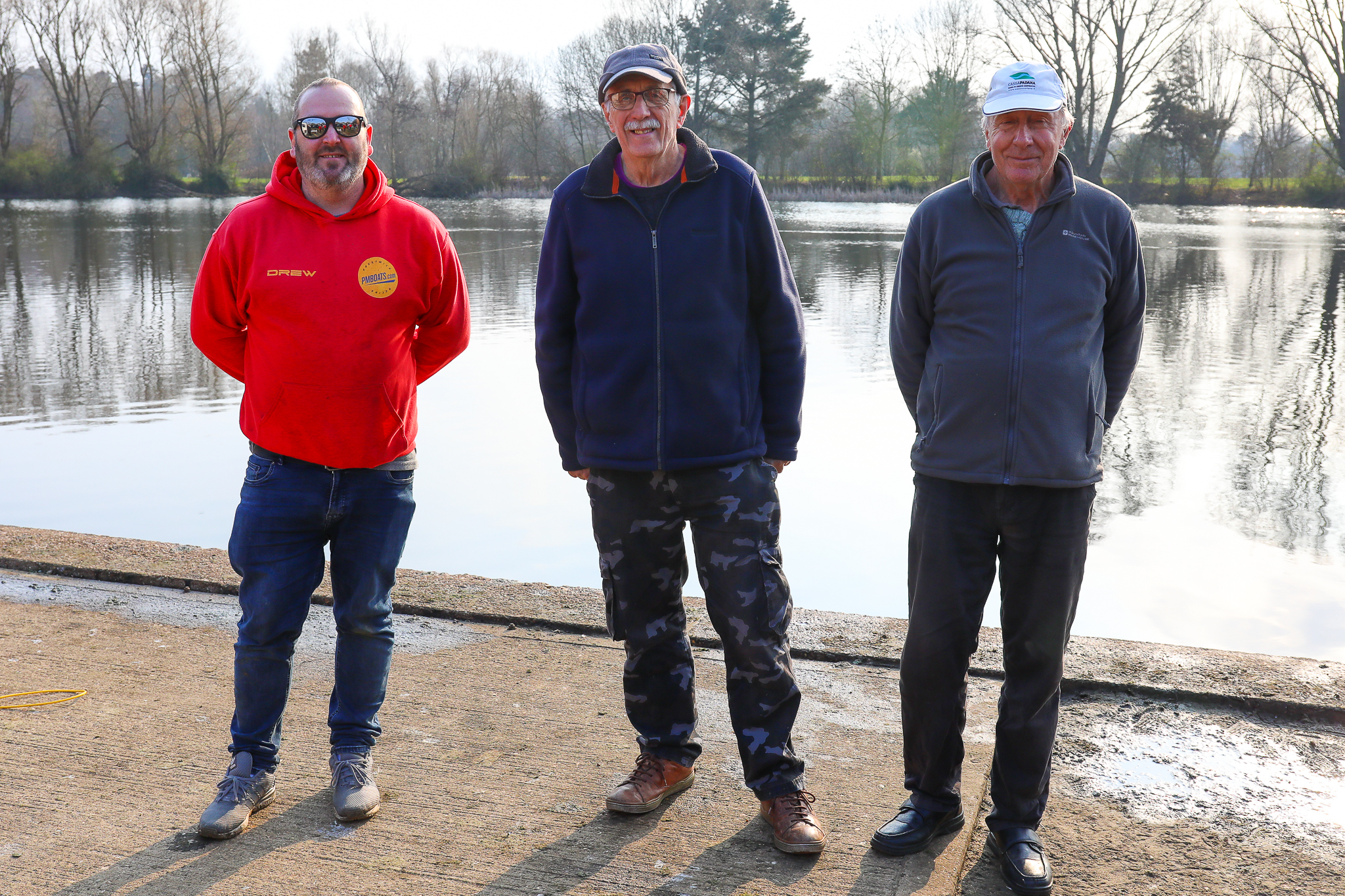 James Taylor dominated the 15cc class, finishing 12 laps clear of 2nd placed Nigel Smith. Nigel did actually do a full run but James consistently low laptimes averaging nearly 3 seconds a lap quicker than anyone else, made him untouchable.
There was a good battle between Nigel and Mark Wraight, but Mark uncharacteristically chose to back out of anything too risky and his Seljak Stealth will live to fight another day after fuel feed issues put paid to any chances of 2nd place.
Best Lap, and all 10 fastest – 13.559 – James Taylor 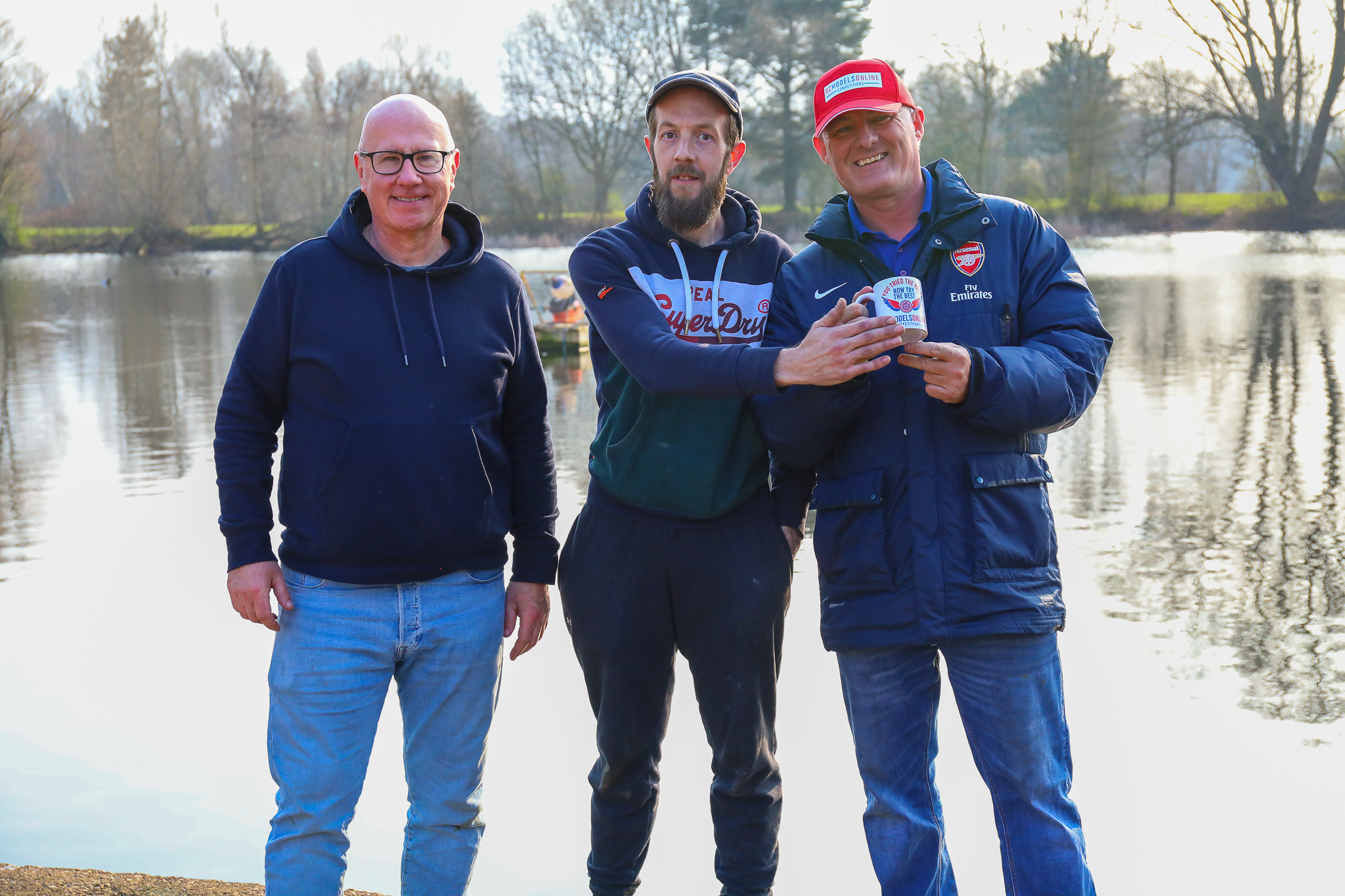 Unfortunately both 27cc heats were abandoned due to excessive noise meter readings so there are no results. Dave Pillmans 27 looked exceptionally quick today, except when he hit bottom left and ended up in the bushes. 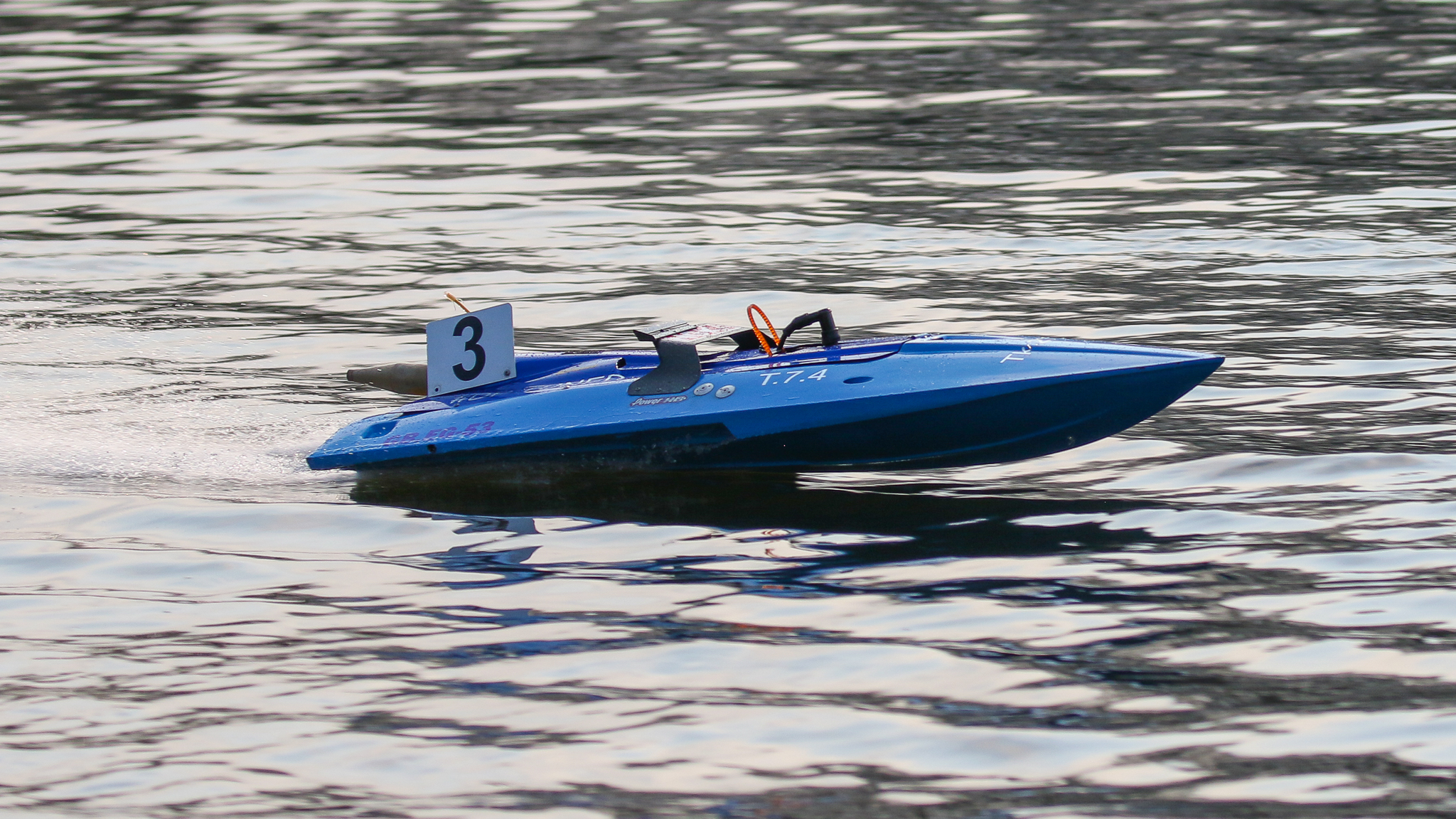 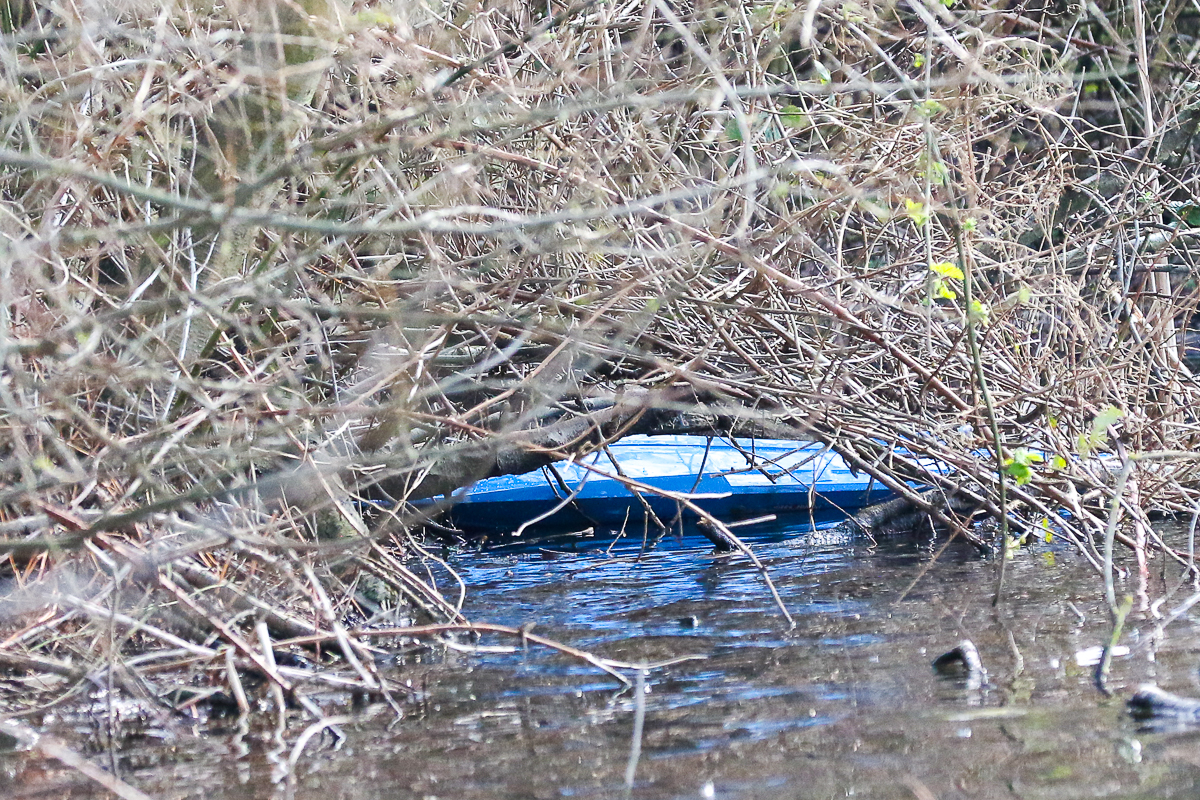 A very generous gesture by Dave Marles of Prestwich Models in providing cash prizes to the podium placers. Thanks Dave.

Obviously there is some work to do regarding noise, especially in the 27cc class. Prestwich Models will shortly be producing some accessories to help in this respect.

A disgraceful incident happened yesterday where Vlad Getov had his toolbox stolen from the parking area. He lost a lot of tools and spares: Comment