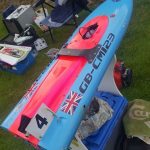 Back to Race Hub | More Photos

A trip up North for the return of the Bridlington event was rewarding for several of the multi boys today in terms of the National Drivers Championship. With many of the usual suspects absent, it was a good chance to steal a march on their rivals. Only the best 8 out of 9 races count in the Championship, so a good haul of points could prove invaluable in the final reckoning!

Thanks to Robert Daniel and BMBS for putting on this event and for the Podium photos.

Bridlington lake can be described as ‘compact’ in Multi Racing terms. One of the Southern lads said “One mistake and you’re up the bank” and indeed we did see a few unfortunate incidents of boats high and dry!

3.5cc – Dave Marles takes the win by 2 seconds after Andrew Aykroyd blew a plug whilst leading with a single minute to go. This was the first outing of Andrews new lightweight Ikarus 2.3 and he was more than pleased with its performance. Andrew said “It’s awesome. A lot quicker, just needs a bit of trimming as it’s to far out of the water but even in the first race with the less powerful engine in, I was on full down tab and it was still pushing really good speed”. Dave Clay takes 3rd place and this puts him 17 points clear at the top of the Drivers Championship from Dave Hole. 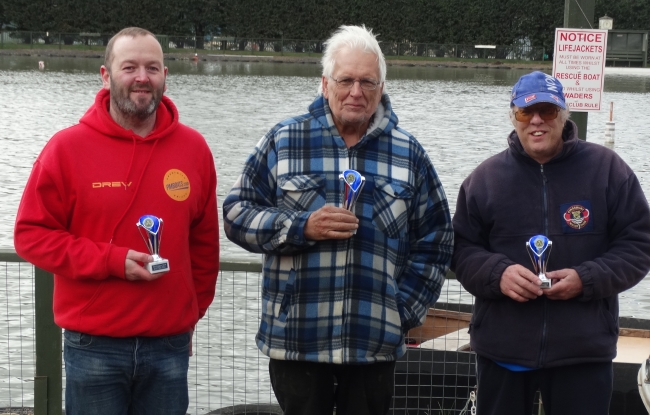 7.5cc – A maiden win for Andrew Aykroyd with his Pegasus 2. The win lifts him to within 4 points of Championship leader Dave Pillman who could only manage 4th today. Dave Clay took 2nd place, just 1 lap behind Andrew which puts him in joint 4th in the Championship albeit nearly a whole race win behind the leader. Host Robert Daniel takes 3rd lifting him to 3rd in the table. 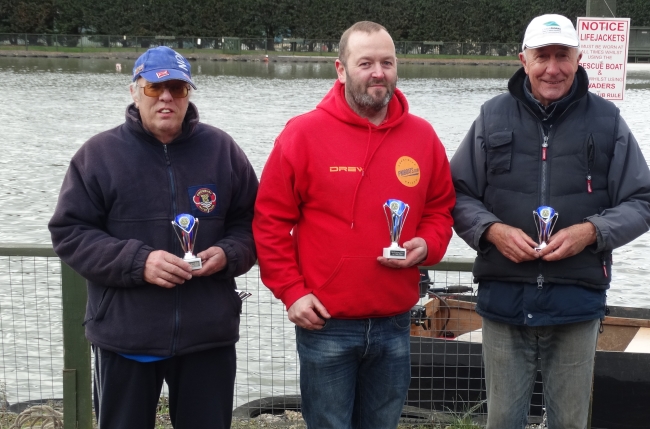 15cc – An untouchable performance from James Taylor with his new T7 seals the win with a 25 lap margin over surprise 15cc entrant Gary Wraight, who in turn, had a 23 lap margin over 3rd place Robert Daniel. Gary tiptoed his 90 round the course in more of an oval than M! This was a good banker for James in the Championship after a disappointing first round at Peterborough. James now tops the 15cc Championship, with an advantage of 20 points over 2017 Champion Terry Holmes who did not race today. 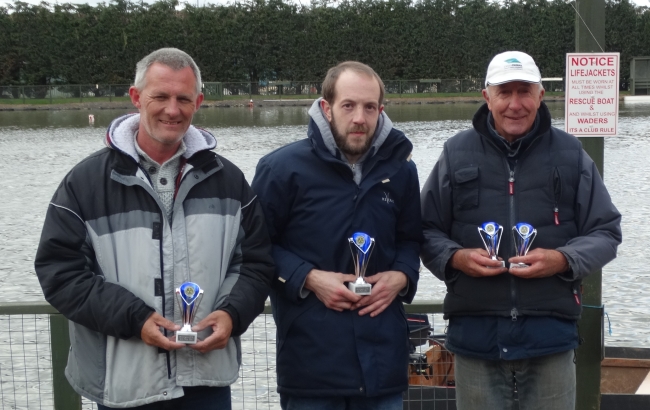 27cc – James Taylor completes a 15cc/27cc double and puts himself into 2nd place in the Championship, 8 points behind leader Mick Pain who took 2nd today. Mike Lawson takes 3rd and 27 points, putting him 4th in the table.. 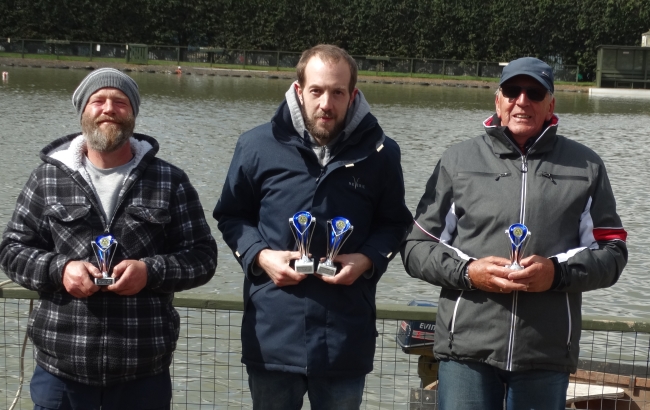