MPBA members in the medals 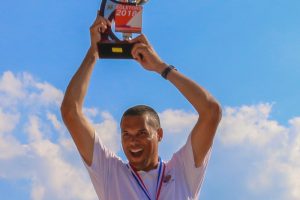 We are in Égletons, France for the 2nd iMBRA World Championships. The first week of competition is for Hydro and Offshore classes, with the second week being exclusively Endurance (Multi).

Junior Luke Burgess kicked off with a Bronze in the 3.5cc Offshore, just narrowly missing out on a Silver in his first year of racing. Great job Luke!

This was followed by a Silver for MPBA Life Member Ian Folkson in the 3.5cc Senior Offshore class. Ian was just edged out by 22 time Gold Medal winner Kjell Noddeland from Norway, who is almost an unstoppable force in Hydro and Offshore.

In Endurance, Zack Humphries claimed a fantastic Gold medal in 3.5cc Endurance, confirming his status as the best in the World in 3.5cc