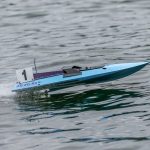 Detailed Results | Photos | 2019 Drivers Championship Standings
The traditional end of season Prestwich Classic is now included in the 2019 Championship year and part of the qualification for the 2020 iMBRA World Championships. In addition to points towards the 2019 Championship, Prestwich Models proprietor Dave Marles offers a cash prize for the highest laps of the day.
The format of the event is one 30 minute race per class, with a handicap system to ensure that the 3.5cc and 7.5cc boats have an equal chance of highest laps against the 15cc and 27cc boats.

Thankfully, it only seemed to rain between the races, but it was cold enough that even the Northern contingent dispensed with their shorts for the day in favour of jeans or track bottoms!
Also on offer, were some of the best trophies we have seen in UK domestic racing, so thanks to Dave Marles for the budget and Andrew Aykroyd for finding a good trophy supplier in Northwest Trophy Centre

3.5cc
A Northern Monkey clean sweep in 3.5cc, dominating the class and producing all 10 of the fastest laps (we count the Midlands as North). Andrew Aykroyd #dominated the race from start to finish, his lightweight Ikarus 2.3 not missing a beat. When Mark Wraight saw the size of the first place trophy he was gutted he didn’t enter, although he would have been unlikely to beat Andrew today, such was his #domination. After giving Nigel Smith a lot of stick for a poor showing in Hannover, Dave Marles had to eat some humble pie this time with his magnificent score of 2 laps, even though one of these was rather suspiciously the fastest 3.5cc lap! It’s always said that they go really well just before they break! 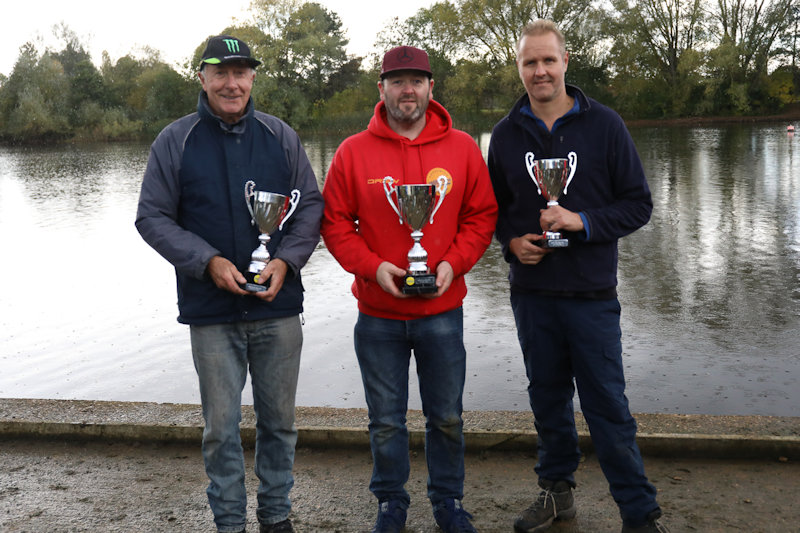 
7.5cc
Dave Marles sets the highest laps of the day and wins his own cash prize 2 years in a row! After adjustment for the handicap, Dave Marles pips James Taylor’s 27cc score by 2 laps to claim the cash prize. Dave generously gave half to his pit man Dean Lord and half to 2nd highest laps James. Another 2nd place for Robert Daniel was some consolation for a string of frustrating mechanical issues in the last few races. Dave Pillman took the 3rd podium place despite 3 stops, which would have given him the Drivers Championship title if only this race were included in the 2018 results. Lol. 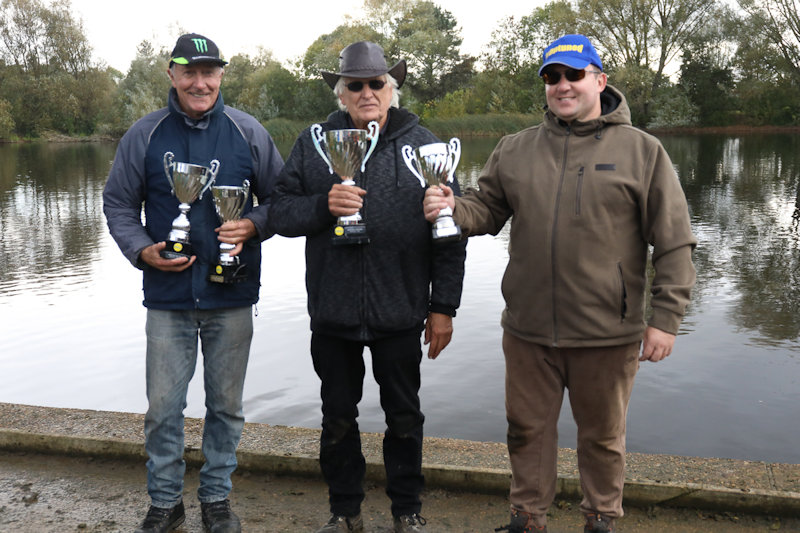 
15cc
Low scores in 15cc as mechanical issues and crashes result in an underwhelming 15cc race performance wise. By this time of the day, the low sun had moved into the perfect position to pretty much obscure the whole left-hand side of the course. It was nigh on impossible to see any dead boats, making the transit down the left squeaky bum time for the drivers. Usually, we would have lots of shots of spectacular crashes, but we couldn’t see a thing either, with all the highlights being too white and all the shadows too dark! Not the best time of year for boat photography. 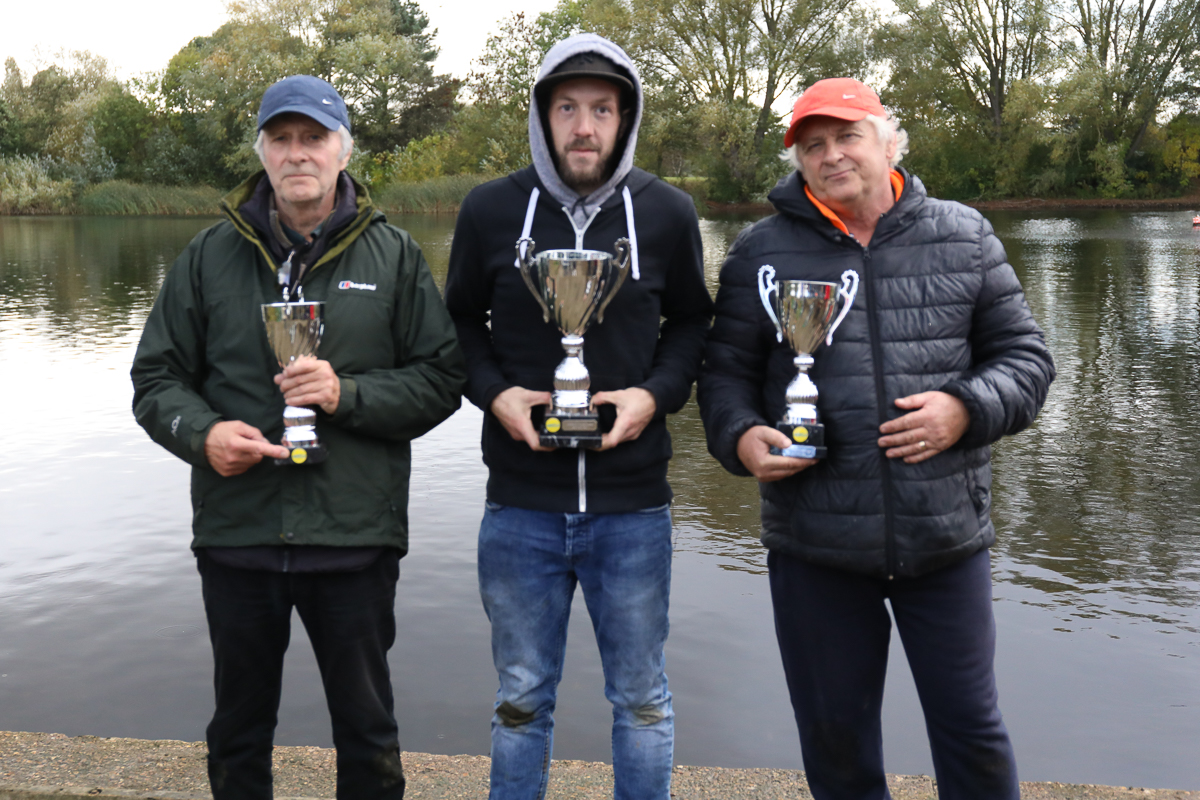 
27cc
You need to go out aggressively if you want the highest laps and James Taylor could tell he was not going to beat Dave Marles score unless he got a move on. Unfortunately, a desperate attempt to pass stubborn Paul Adams resulted in the crash that put an end to James hopes of the cash prize. This battle produced an exciting few minutes of racing, so well done to James and Paul for the entertainment factor! Mick Pain was very pleased with the performance of his new Costa design 27cc boat first time out, although a bit down on speed compared to Paul and James. 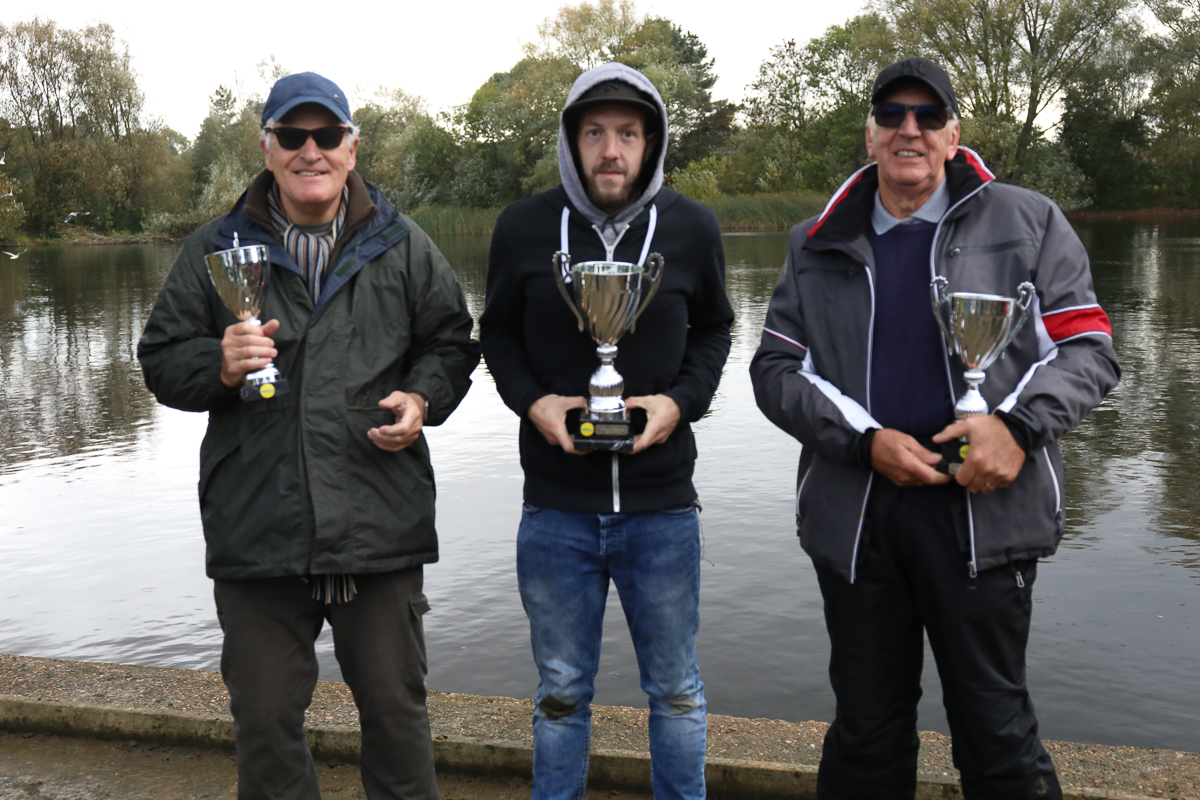