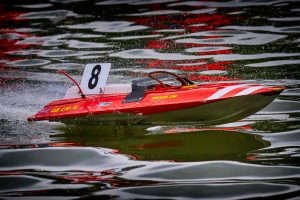 Round 6 of the 2019 MPBA Multi National Drivers Championship unfortunately got off to a bad start with the event being absent from the 2019 calendar, resulting in much confusion as to whether the event was actually on. Sadly, the result of this was a low turnout.
To rub salt in the wound, we had a few last minute dropouts and the subject of upfront payment for entry was brought up and discussed briefly by the organisers. This is a contentious issue and had already seen very strong feelings expressed on Facebook the previous day when this subject was raised. One for the AGM we think.
The day itself got off to a iffy start with rain throughout the early heats, but the coats came off later on in the day with blazing sunshine and temperatures of 25 degrees.

3.5cc
Due to the lack of numbers available for pitting / rescue duties, we had to split the 3.5cc into 2 heats of 5. Not ideal, but with only 18 racers in total, we were left with no choice. Obviously this resulted in less exciting races as the usual attrition meant we were often left with just a couple of boats on the water.
Keith Burgess put in another full run, a remarkable turnaround in reliability from recent seasons and he leapfrogs 2018 3.5cc Drivers Champion Dave Hole to take top spot in the Championship and pole position for the iMBRA 2020 qualifying spot. However, he was not quite quick enough to beat Julian Waumsley who has stepped up a gear since buying Leon Morgan’s Falcon 1. Geoff took 3rd place, but what has happened to Dave Clay who was tied for 1st place in the championship with Andrew Aykroyd after round 3? 2 7th place finishes in a row has put Dave on the back foot. Best Lap – Zack – 18.365 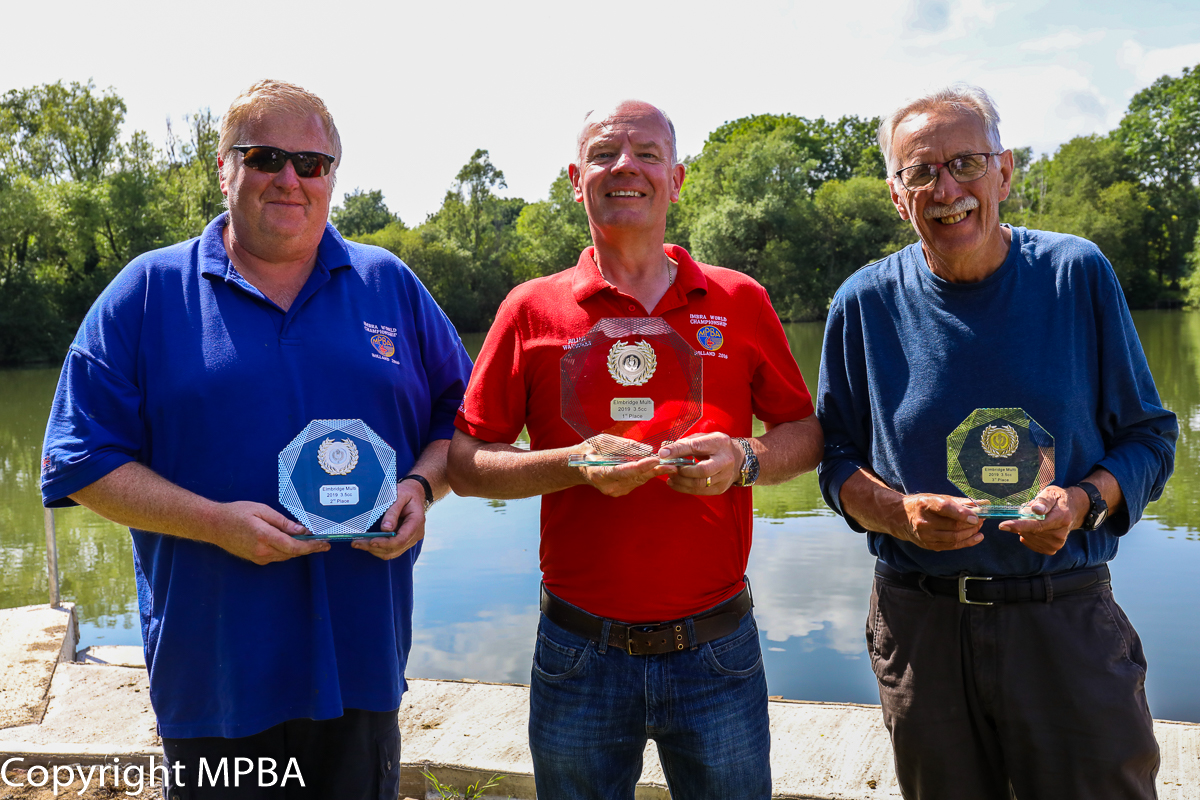 7.5cc
A single 7-boat 7.5cc heat produced some of the best racing of the day, with Julian Waumsley, Martin Fields and Ross Waumsley neck and neck at one point. It was good to see Martin finally get a full run in with his Jeykll and this shows perseverance pays off! Martin also set all 20 of the fastest laps!
Martins Story
Not quite enough to topple Julian though, who is in great form following his podium in Oudenaarde. No change at the top of the 7.5cc Drivers Championship with Robert Daniel still the clear leader and in pole position for the iMBRA 2020 spot. Best Lap – Martin – 16.872 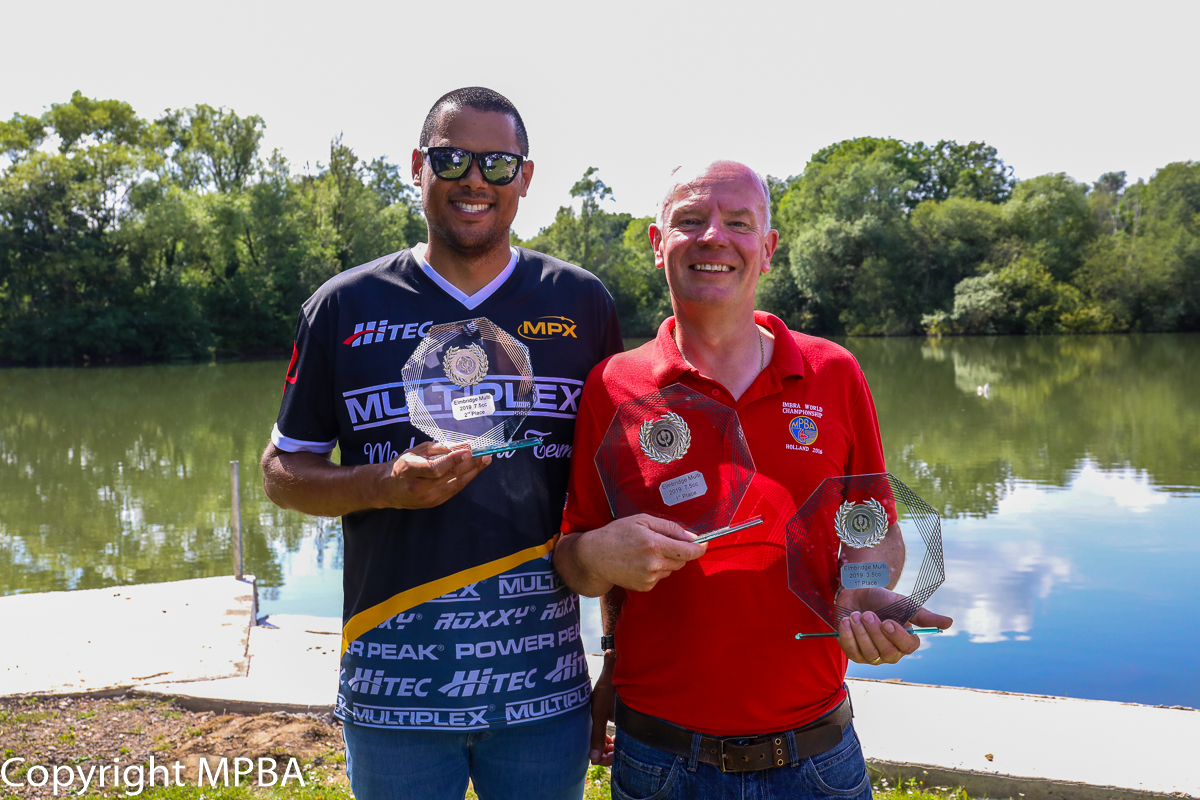 15cc
Only 2 15cc boats turned up so we combined them with the 27cc. Zack and Ross were just here with their 15cc boats to tick off one of the 2 domestic races required for GB Team qualification. Ross beat Zack. Best Lap – Zack – 16.145 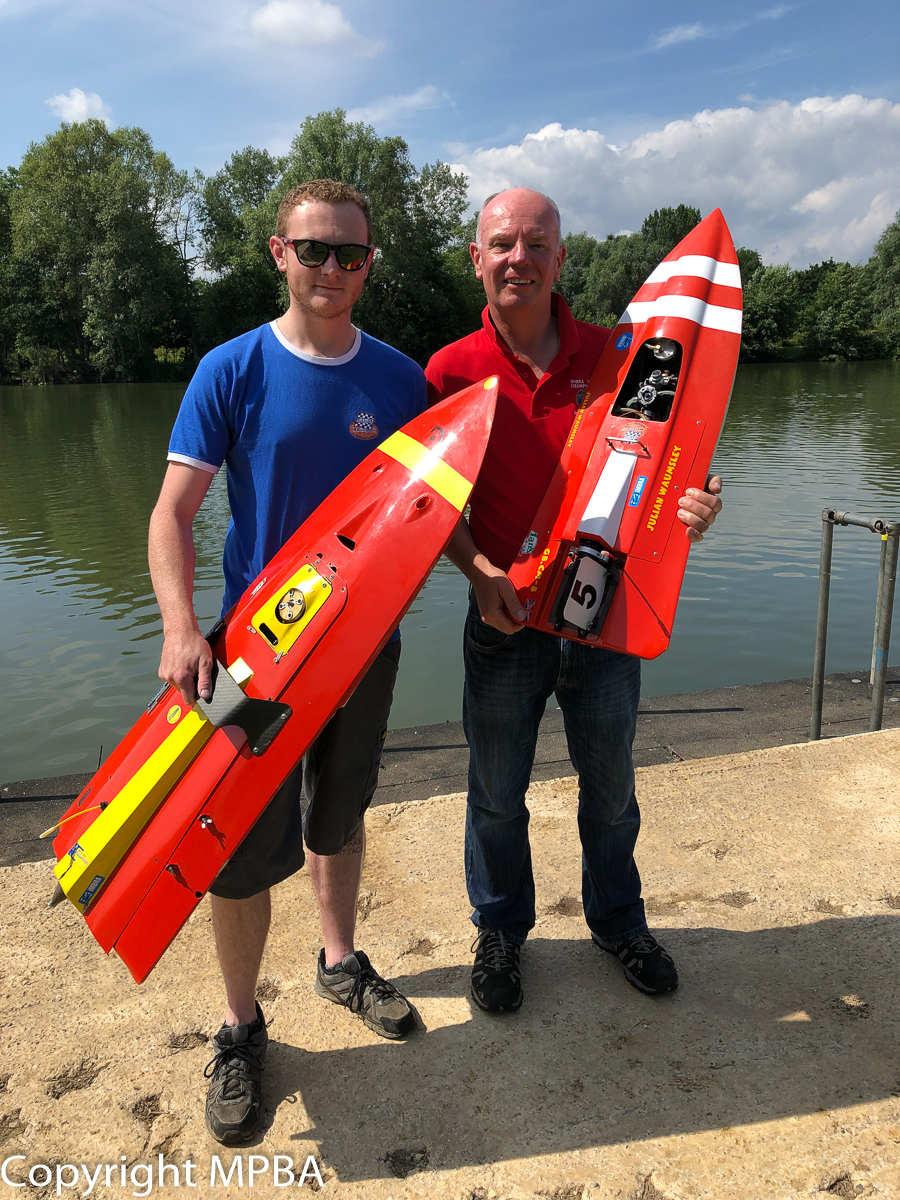 27cc
A welcome win for perennial bridesmaid Mick Pain! James Taylor, had an interesting day with the tube inside his fuel tank disintegrating, prompting an unorthodox repair involving a metal tent peg! James was also struggling with engine setup due to water temperature and a couple of stops in each heat meant he could only get to within 4 laps of Mick. Mike Broad took 3rd place, well adrift of Mick and James after several stops. Steve Whenham’s new 27cc has some pace, but he’ll need to spend a bit more time on setup and trimming before it’s fully race-ready. Best lap and fastest of the day – James 16.12 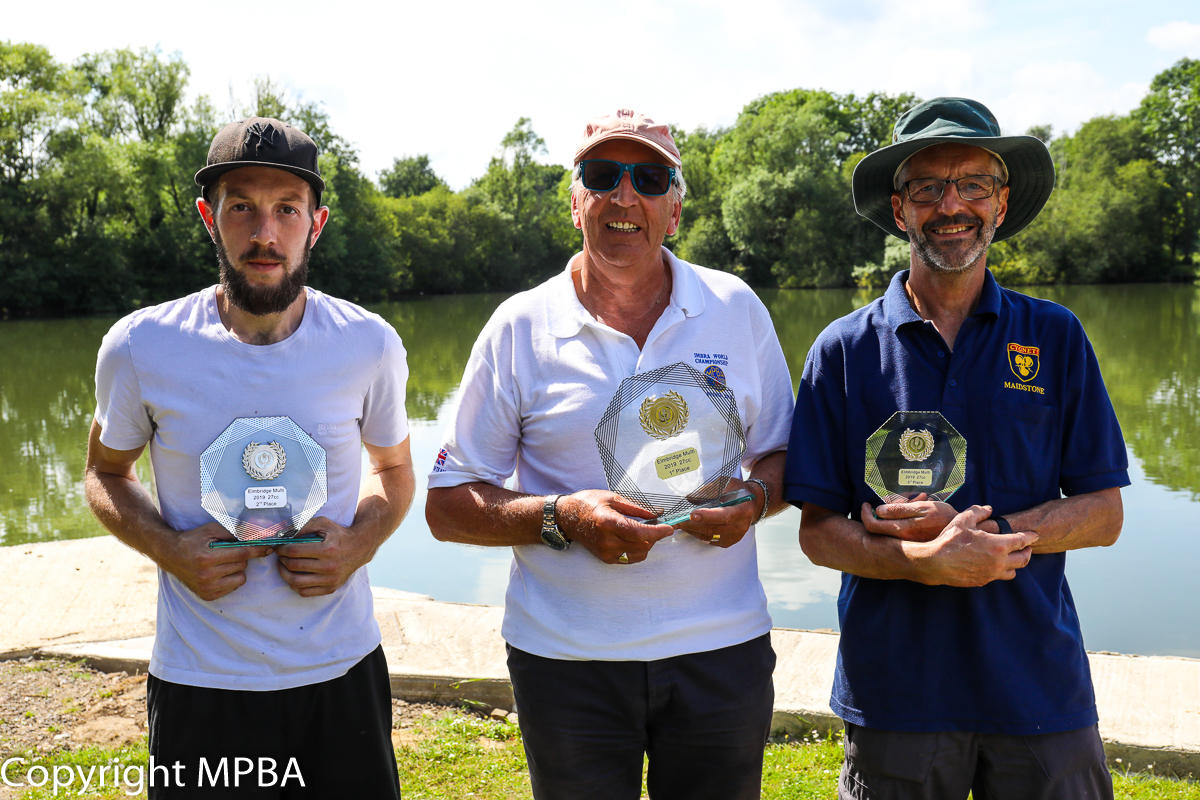