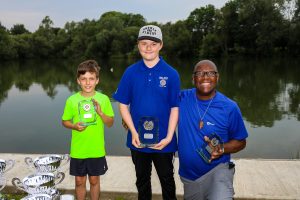 More Photos | Back to Race Hub
The traditional joint Multi and Circuit event took place at Elmbridge Model Boat Club at the weekend. With 80 boats entered – 37 Multi and 43 Circuit plus 2 course changes from M to Oval and back again and reconfiguring the lap counting system, there was a lot to get through over the 2 days.
An unfortunate clash with an iMBRA League event in France meant a few of the multi lads were missing in action, but they made up for their no-show by getting a 1-2 finish in the 3.5cc class in Therdonne. Anyway, we were only 1 down on last year in multi and 5 up in Circuit, so the international clash didn’t harm our event in real terms.

Once again, our thanks go to the guys at Elmbridge for hosting this event, and all the volunteers who worked tirelessly facilitating the running of the meeting and those who provided a constant supply of hot food and and cold drinks throughout the weekend.

Multi Secretary Andrew Aykroyd again sourced some excellent trophies and long-suffering Dave Pillman turned it on for the 2nd year in a row with a win in the 7.5cc class. This also being the 5th Multi round, we could see who’s in pole position for that coveted spot in the MPBA Team for Gonzaga 2020.

Multi
Detailed Results | Drivers Championship
3.5cc
We decided to go with a busy single 12 boat heat for 3.5cc as attrition in recent races where the 3.5 has been split has often ended up with just a few boats running. A masterclass from Keith Burgess saw him take the win by 6 laps over Dave Hole in 2nd and the very fast but erratic Chris Alder in 3rd. Keith is showing a lot more reliability than usual and this win lifts him to 2nd in the Drivers Championship, just 9 points behind leader Dave Hole. Keith must be after the team spot! We get an extra place in 3.5cc at the Worlds thanks to Zack Humphries gold medal in France 2018. Interestingly, only 3 boats in round 1 and 1 boat in round 2 did the full 20 mins. That’s quite poor really and the general reliability levels could do with improving.
Chris Alder got the fastest 3.5cc lap, just under 2 tenths of a second quicker than Dave Marles. 3.5cc fastest laps Round 1 | Round 2 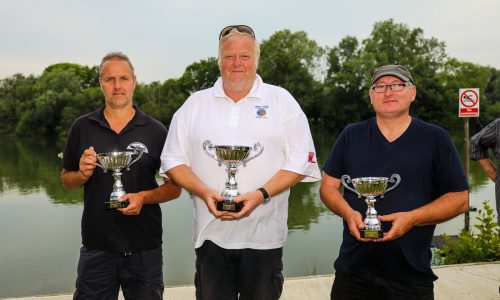 7.5cc
The closest racing of the weekend saw Dave Pillman edge out Julian Waumsley by a single lap. Dave had his Pegasus Evo on song and was determined not to suffer another DNF after being mercilessly taunted for recent performances. Dave shut up his critics by taking the 7.5cc Masters title 2 years in a row. We know Dave wasn’t being his usual ‘Flat-out-damn-the-consequences’ self, as he did not set the fastest lap. This went to Julian in Round 1.
Robert Daniel kept up his consistent form in 3rd place and is looking increasingly sure of the 7.5cc GB Team spot for Gonzaga 2020.
7.5cc fastest laps Round 1 | Round 2 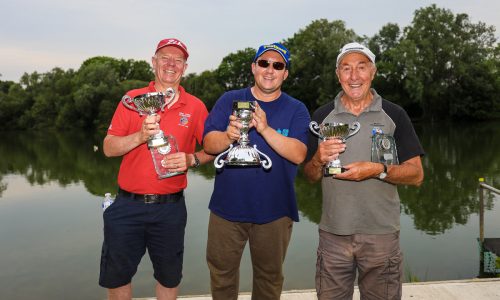 15cc
One to forget for James Taylor as reliability issues in both heats put paid to his 100% record in 2019. James still leads the Championship by a massive 78 points and one more win will seal his qualifying spot for Gonzaga 2020.
The 15cc class was generally quite low-scoring, with the winning total laps being less than the winners in both the 3.5cc and 7.5cc classes. However, the winning margin was quite tight and we were not sure whether Mike Holliday or Dave Williams would win it. In the end, a good result for Mike with his new Seljak boat.
James set the fastest lap in Round 1. 15cc fastest laps: Round 1 | Round 2 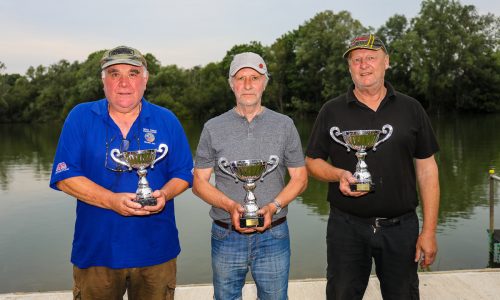 27cc
Ian Folkson took an emotional win in his last U.K. race before emigrating to Slovenia next month. Ian is a MPBA Life Member and has previously served as MPBA Chairman as well as being the current iMBRA President. Ian has sat out most of the domestic season this year to help his 2 sons in the Junior Classes, but he produced 2 faultless runs to take what in the end was a comfortable win. More woe for James Taylor with motor issues and another 100% record was brought to an abrupt halt. Big picture terms, James has a pretty unassailable lead in the Championship and the qualifying spot is nearly in the bag.
Fastest lap went to James in round 2 with a scorching sub 16 second lap.
27cc fastest laps: Round 1 | Round 2 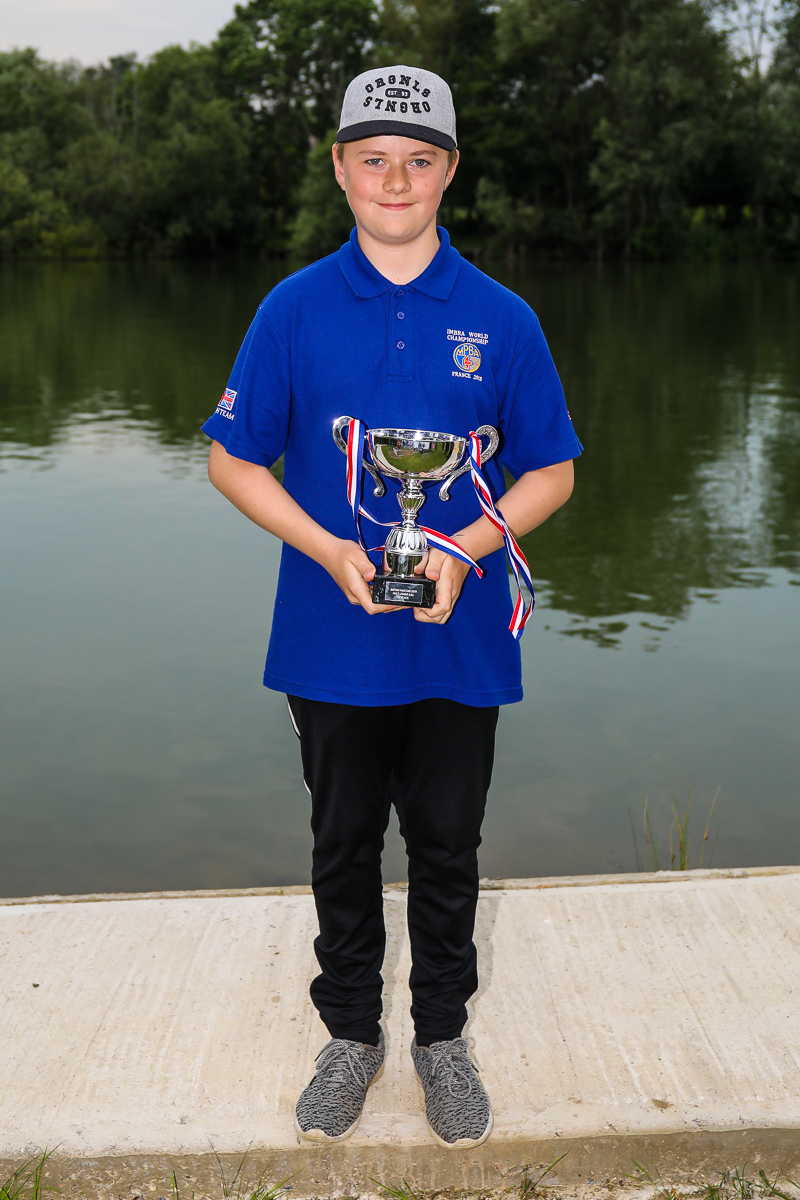 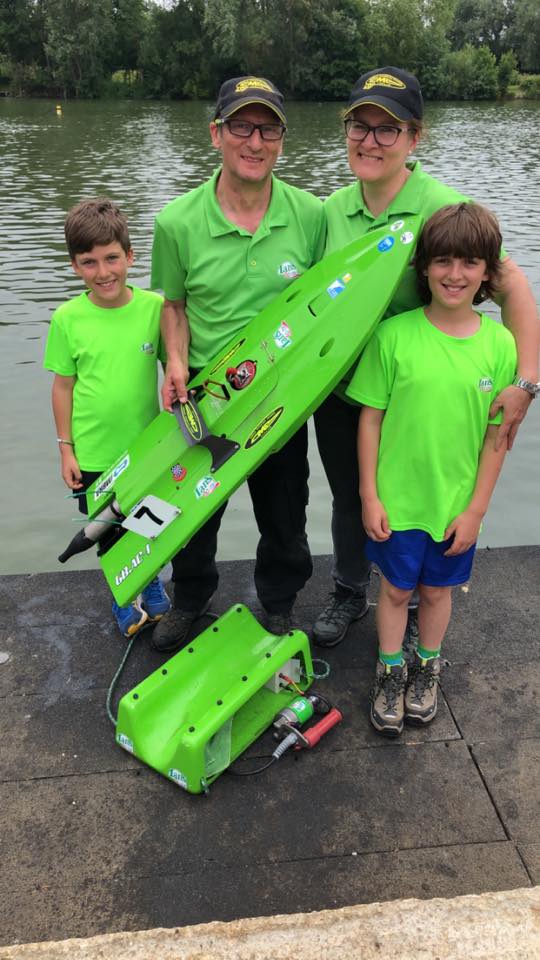 In between races, I pointed the camera upwards and took this: 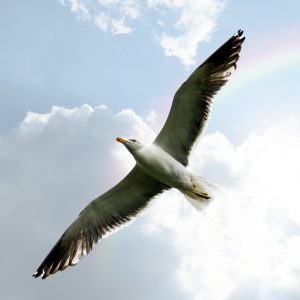 And here’s the Banter Racing Drone in flight: 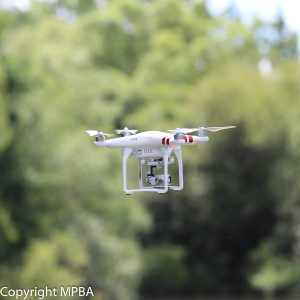 Circuit
Detailed Results | Drivers Championship
3.5cc Hydro
Keith Burgess knows what he’s doing with a 3.5 engine and dominated the 3.5cc hydro class as he did in the multi. This win edges him closer to Phill Fields in the Championship while Phill was away in Therdonne. Dave Pillman gets a 3rd place trophy just for turning up without a boat!

All the 3.5cc Hydros [Click to enlarge, then scroll to see all] 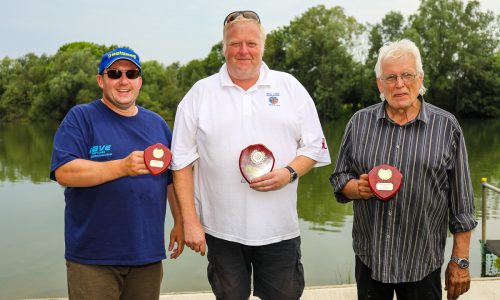 7.5cc Hydro
Steve Clements takes the win from Armen Boldy and a very loud Keith Burgess. The win lifts Steve into 2nd place in the Championship behind Armen.

All the 7.5cc Hydros [Click to enlarge, then scroll to see all] 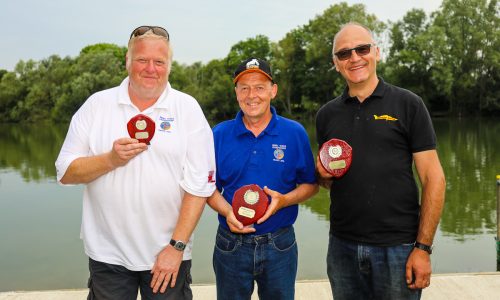 15cc Hydro
Armen takes the win from Derek in 2nd, but only gains 300 points on 15cc Championship leader Derek. Dave Marles gets 3rd minus a boat!

All the 15cc Hydros [Click to enlarge, then scroll to see all] 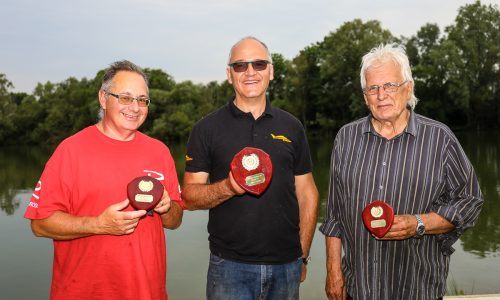 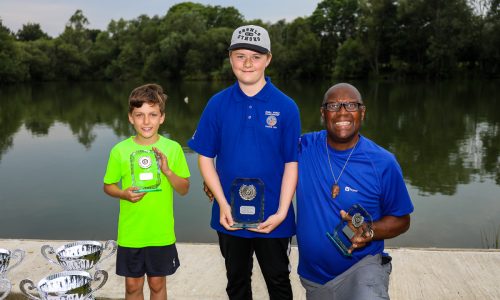 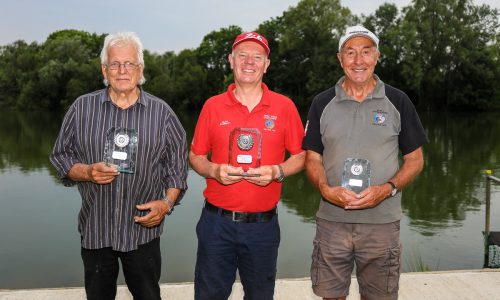 15cc Mono
Mick Bonny takes the win from Robert Daniel and Dave Marles. Mick extends his lead in the Drivers Championship to 40 points over Robert. 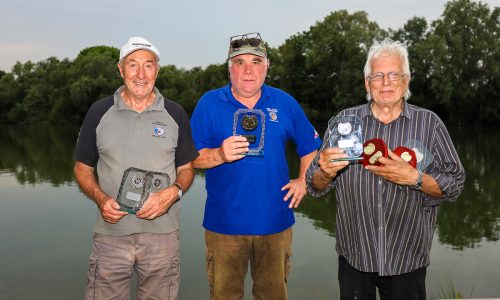 35cc Mono
Some consolation for James Taylor with a win in the 35cc Offshore. Werner takes 2nd and Neil Ward 3rd.

All the 35cc Monos [Click to enlarge, then scroll to see all] 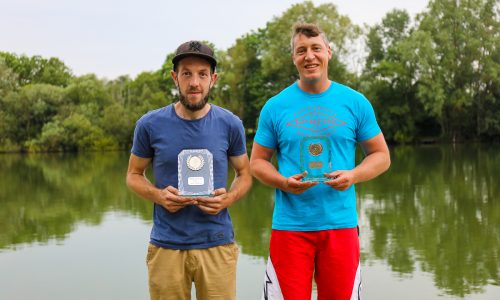 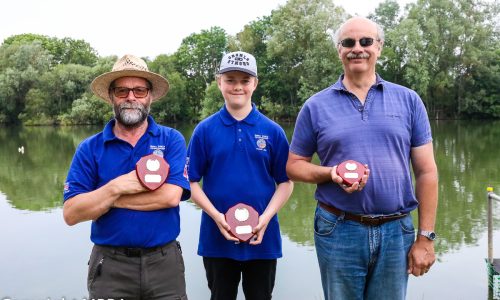