Another disastrous season in 2018. Dave Pillman just can’t shake the “Fast but Unreliable” tag that follows him around. A great chance gone begging, as impetuousness costs him the 2018 7.5cc Drivers Championship to Andrew Aykyoyd by 1 point. 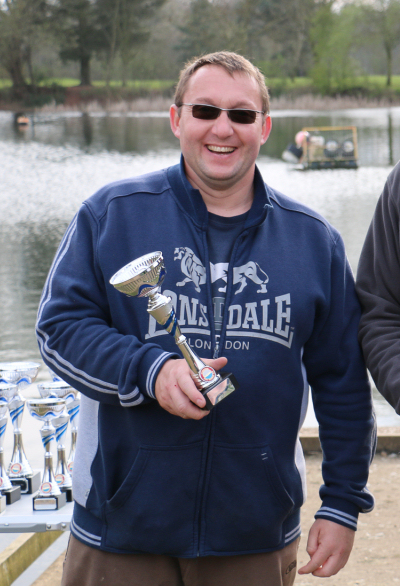 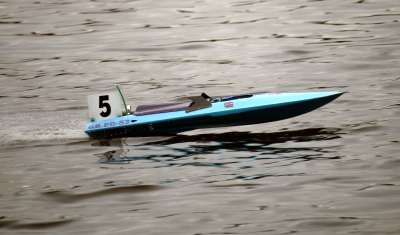 Dave, 45, lives in Watford and is an AA Technician by trade. The AA website describes a technician thus: “What sets you apart is your talent for organisation, willingness to be flexible and a flair for making reassuring connections with all kinds of people”. Ok Dave?

He also has a love for carp fishing and is a field tester for MadBaits. Dave was a bit worried recently when Mark Wraight nearly topped his PB on a fishing trip to France.

Dave competes in both the 3.5cc and 7.5cc classes and drives the Ikarus 2.3 and Pegasus Evo in blue/purple designed by multiple world champion Dave Marles, with power supplied by extensively tuned NovaRossi Mito 21M and CMB 45RS.

Dave likes to be the quickest on the water, striving for the best lap time. To achieve this, he takes tuning to the very edge and runs high nitro content. Sometimes this has unfortunate consequences and he has suffered many breakages and dnf’s in the past, often ending up in his trademark upside-down position.
With a brand new Pegasus Evo for 2018, he was hoping to do the business, but impetuousness once again meant he snatched defeat from the jaws of victory