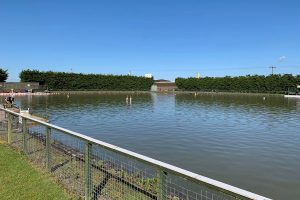 Round 4 of the 2019 MPBA Multi National Drivers Championship was held at Bridlington MBS. under sunny skies and even the Southern contingent were pictured in T-Shirts! Bridlington holds all the NADS Fast Electric racing events, but the lake is pretty tight for Multi and we often get a few up the bank incidents, but what do we say to the God of Bank Crashes?

James Taylor had built a new 27cc Tornado 7.4 in a record 2 days and was racing it for the first time with limited testing. Surely this was not going to work was it? Wrong. You don’t win the first 3 rounds with maximum points if you don’t know what you’re doing! James’ build album on Facebook

3.5cc
Dave Marles wins today, ending a string of poor results in the first 3 rounds. Both Dave Clay and Dave Hole now sit 1-2 in the table having leapfrogged previous championship leader Keith Burgess who did not attend today.
Andrew Aykroyds assessment of his own performance: “Me in 3.5 found more speed than last time out, but that meant more boat out of the water and with the back wash from the tyre bank came unstuck a few times. Dave Marles in 3.5 drove a good race. So much so that when I came to pass him, he moved over uncharacteristically and let me past. He must have wanted to get his hands on a trophy again” 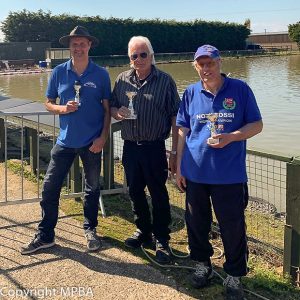 7.5cc
Robert Daniel tops the table with a strong 2nd place today to 2018 7.5cc Champion Andrew Aykroyd. Robert is looking a decent bet for the 1st qualification spot in 7.5cc with the total from the best 5 results during the season determining the place. Gary Wraight will however want a say in this and grabs 3rd place today, 1 lap behind Robert with the 1st run of his newly #dptuned CMB 45.
Andrew Aykroyd’s factual assessment of Gary’s race weekend: “Gary spun numerous times in 7.5. Taking Nigel out and spinning again almost taking Robert out, his snail speed in the second heat was 10 laps slower. Gary’s first heat was hampered by bogging, lap after lap it continued.” 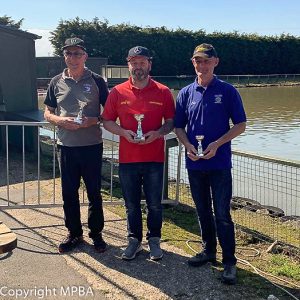 15cc
It’s 4 out of 4 for James Taylor and a shoe-in for the first GB Team spot for the 2020 World Championships. James’ points haul of 160 is now nearly 3 times Mike Gelson in 2nd place!
Andrew Aykroyd’s factual assessment of Dave’s race weekend: “Dave in 15 was balls out as usual. Not throttling at Brid with a fast 15 is suicide and he came unstuck a few times” 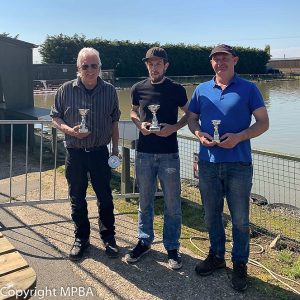 27cc
James Taylor builds a new 27 from scratch in 2 days, then wins with it first time out. Ok, the numbers were a bit on the low side, but James’ total of 93 laps would unlikely to have been equalled even with full heats.
Maximum points from the first 4 races and another shoe-in for the first qualification spot.
Andrew Aykroyd’s comments “Mike Lawson in 27 sheared off the end of his shaft for no reason at all while trying to keep up with James” 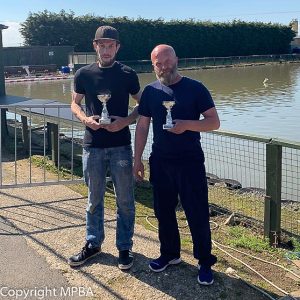