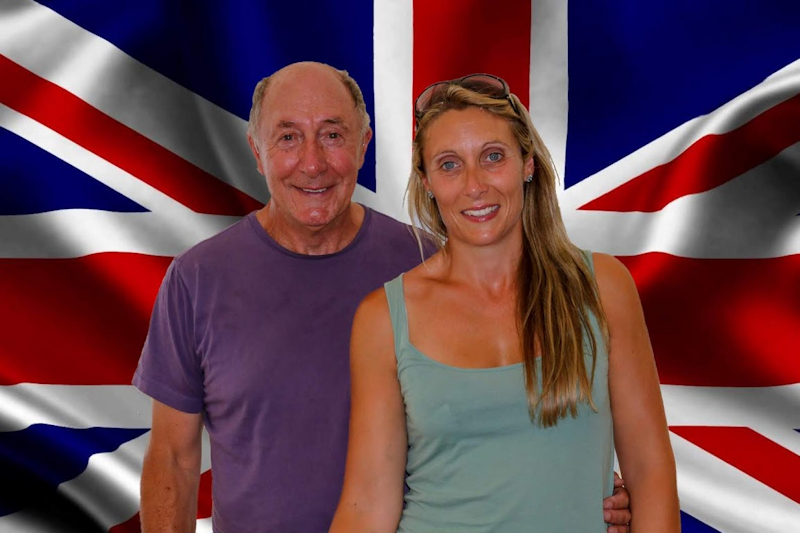 Robert is a retired BT Engineer and lives in Bridlington, Yorkshire and is the ‘Power Captain’ at Bridlington Model Boat Society which made a welcome return to the multi calendar last year

Robert also runs a specialist Multi Website where he has gathered a fantastic pictoral history of multi over the years. Check it out.

Robert’s other passion is motorcycling, touring the UK and overseas as far as New Zealand. He is also a fan of MotoGP, although he is slightly misguided in this respect as everyone knows F1 is much better. I suppose there’s nowt so queer as folk

Robert touring with his motorbike 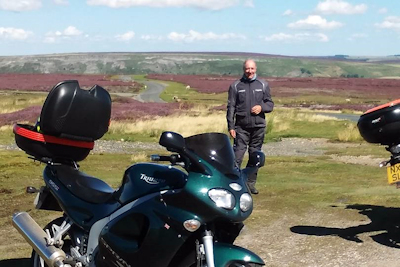 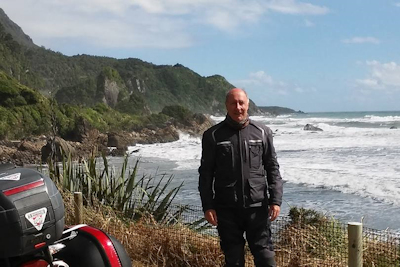 Robert is a 7.5cc specialist, winning many international and domestic races. He drives the latest Pegasus Evo in green/yellow designed by multiple world champion Dave Marles, with power supplied by a CMB45 RS Evo.

Robert proving he has no problem with triskaidekaphobia! 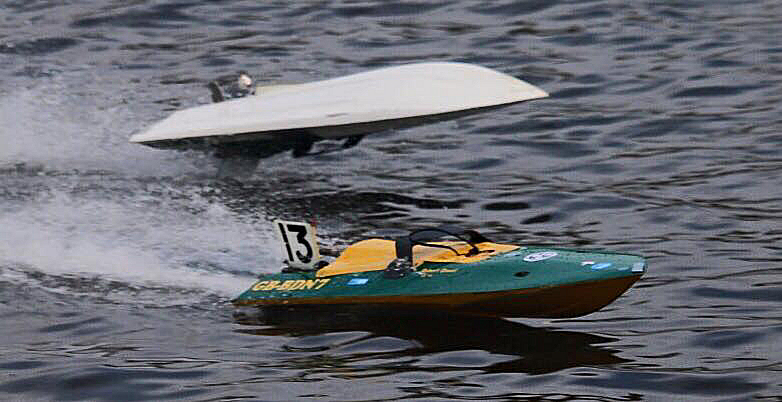