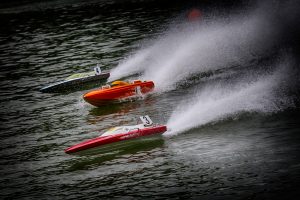 A decent turnout for the second Circuit race of the 2019 season – 8 boats in 7.5 Hydro promised some exciting racing. The day was dry with the sun threatening to make an appearance in the afternoon. We kicked off as usual with the hot breakfast rolls supplied by the Elmbridge crew and the free practice to iron out any last minute issues. Today we welcomed a guest from OMRA – Clive Whitbread who was competing in the 15cc and 35cc Offshore classes with his Phantom boats.

3.5cc Hydro – Just 2 boats contested this class – Keith Burgess was having problems with his 3.5cc hydro and unfortunately only finished round 1, but took the fastest lap of the day in all classes of 11.08 seconds. This left Phill Fields to take the win with a maximum 1,600 and the lead in the Drivers Championship. 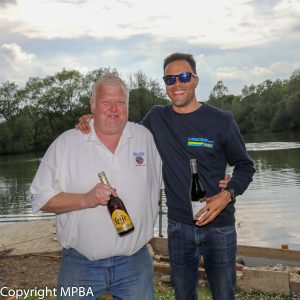 7.5cc Hydro – Gary Wraight take a bow! Gary’s Boldy Design StingR was flying today and he took the win despite a DNF in round 3 where an overly aggressive move in an attempt to get the start resulted in him running up the wash of Dereks boat and flipping over. Gary lost his shaft and prop, but after some repairs with a kind loan from Derek, he was back with a maximum in round 4 to seal the win. Armen may have been regretting selling Gary the rigger after coming 2nd to Gary in the heat and 3rd overall, but he retains a slender 300 point lead over Gary in the Championship. Steve Clements took 2nd after finishing each round and getting a maximum in round 3. 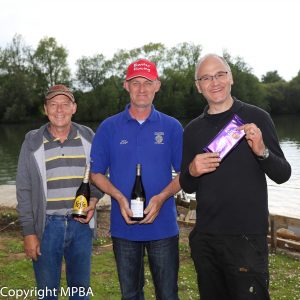 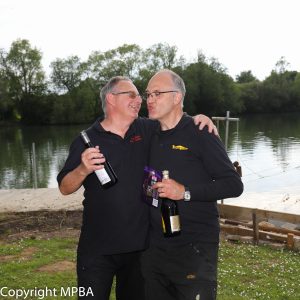 3.5cc Offshore – Dave Clay needs to get his 3.5cc Offshore performing like his Multi boat as he was comprehensively beaten into 4th by 3 Juniors! Miha dominated this class, taking the win by 8 laps from Thomas. Brother Rok took 3rd place. Luke was quick as usual, but reliability let him down today. Dave retains his lead in the Championship as Miha, Rok and Thomas all missed round 1. 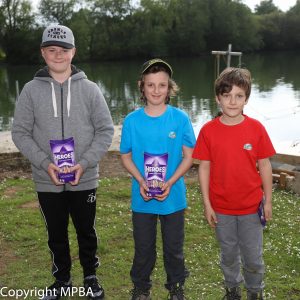 7.5cc Offshore – It’s been a while coming, but Vince finally returned to the podium with a solid 3rd place after some judicious tweaking by son James found some reliability. Julian took the win by just one lap from Mick Buonaiuto who retains his lead in the Drivers Championship by 25 points over Chas who had a lot of reliability issues today. 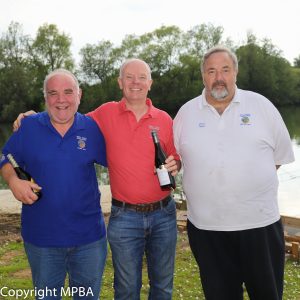 15cc Offshore – Mick Buonaiuto also tops the 15cc Offshore Championship with an easy win today finishing 7 laps clear of 2nd placed Clive Whitbread and 17 laps in front of Les Wall Mick tried to hide this crash under the trees, but there’s no getting away from Mr Canon. 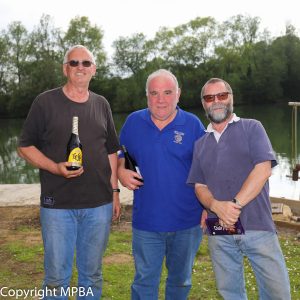 35cc Offshore – James Taylor had sorted the ride on his Kraken after Round 1 and cruised to victory and the Championship lead 56 laps clear of 2nd placed Grahame Morgan. OMRA guest racer Clive Whitbread must have been pleased to get a double podium in his first MPBA event. Not such a good weekend for Mark Wraight as the bearing cage on his Tiger King melted so he couldn’t race at his normal level. 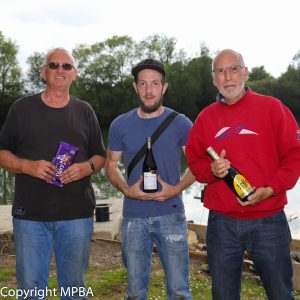 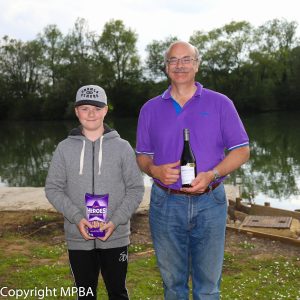