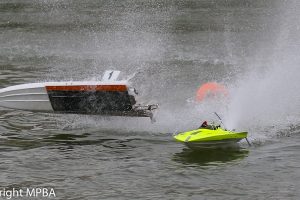 Apologies for the lateness and brevity of this report – Work commitments and all that.
An excellent turnout for the first Circuit race of the 2019 season – 9 boats in 7.5 offshore and 35 Offshore promised some exciting racing. In fact only the 3.5 Offshore looked a bit light compared to last year. A lot to get through, and this resulted in a slightly later than usual finish.
The day was thankfully dry, if a bit cold in the morning. It was great to see the new Elmbridge clubhouse up and running after the senseless arson attack of last year and we took advantage of the hot breakfast rolls supplied by the Elmbridge crew. Compliments to all involved in the clubhouse restoration – A superb job.

3.5cc Hydro – A good turnout in 3.5 hydro, with Dave Pillman looking to fill the void left by Leon Morgan taking a break from boating. Now he’s got the bug, might we see Gary Wraight with a 35 hydro in future? Keiths hydro was looking mighty fast today but in the end Phill Fields took the win and the fastest lap of the day in all classes of 10.82 seconds. Keith took 2nd and Dave Marles 3rd. 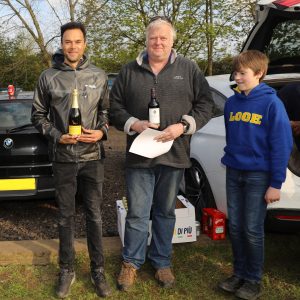 7.5cc Hydro – Armen narrowly took the overall win from Derek with 2 maximums in the first 2 rounds and a 3rd in round 3. Returning racer Tony Jarvis had a decent run in the first round, but didn’t capitalise on this in subsequent rounds. Chas will be disappointed with a low 25 points today as his main rivals get a head start on him in the championship. Gary Wraight was an astonishing overall 3rd with 600 points in his first ever hydro race with an Armen Boldy StingR despite missing the first 2 rounds due to radio issues. 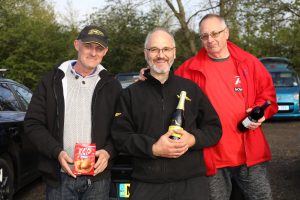 15cc Hydro – 2016 iMBRA 15cc Hydro World Champion Phill Fields dominated the 15cc Hydro class with 3 out of 4 maximums, giving him a healthy 1,200 point early lead in the championship. All the other competitors failed to finish due to various reliability issues. 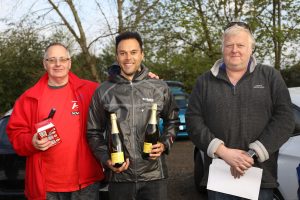 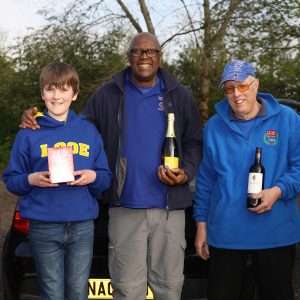 7.5cc Offshore – Mick Buonaiuto is a different character altogether in circuit, driving far more aggressively than he does with his multi! Mick takes the overall win from Chas and Mick Fields 35cc Offshore – To be honest, this was the one we were waiting for! With 9 boats competing, we were in for a wild time and generally were not disappointed! The internet was buzzing ahead of this race with the main protagonists not wasting any opportunity to have a pop at their rivals. A surprise late entry from silent assassin James Taylor must have got the rest of the field worrying given his domination in 27cc multi. James reputation is well deserved and he ended up with an incredible 2nd place by the narrowest of margins to 2018 Nationals winner Mark Wraight. Pretty remarkable given James was running a brand new untrimmed boat! Grahame Morgan also surprised everyone with the fastest overall lap with his new Kraken / Tiger King

Plenty of drama in this class with some spectacular crashes. Here’s one of the highlights – Dave Pillman and Neil Ward Clash: Sport 60 – Sport 60 King Les takes the overall win from Adrian and Chas. We thought Vince had brought a shotgun when his engine in the Jaguar backfired!