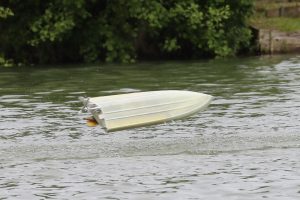 Not quite the turnout we got for Round 1, but we still had 20 competitors and 30 boats which made for some good racing. And the sun came out in the afternoon.

7.5cc Hydro – No 3.5 hydro this week. Championship Leader Derek Owen needed to fight off Armen Boldy, Steve Clements and Chas Tedder for the points. Armen took the overall win with a maximum 1600 points with Derek in 2nd and Steve 3rd. This puts Armen top of the table after 2 rounds, 875 points clear of Derek. 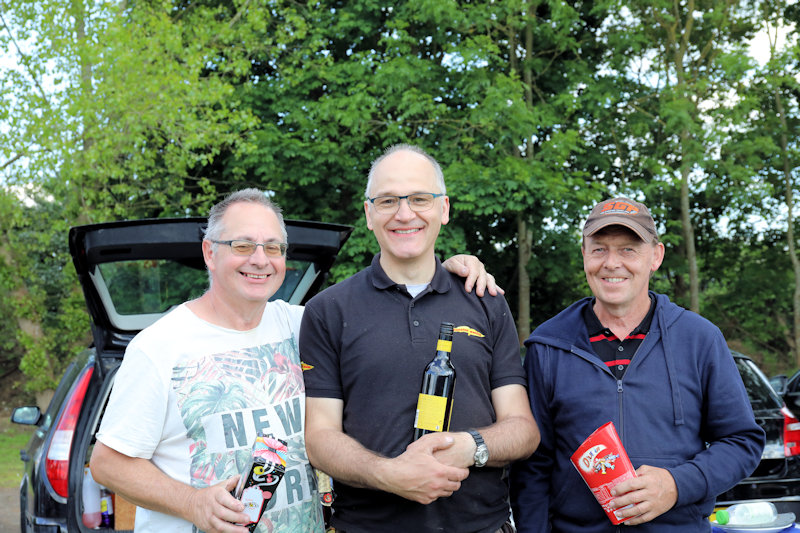 15cc Hydro – With Championship Leader Dave Marles absent, there was a chance for Armen Boldy and Phill Fields to make up some ground (Or water?) on the leader. Armen’s 15cc Rooster was very fast but he couldn’t beat 2016 iMBRA 15cc Hydro World Champion Phill Fields today. Armen ended the day with a broken CMB 91, which according to CMB distributor Ian Folkson was a result of using the wrong oil. All the multi guys use Elkalub for their racing engines. Armen is now facing an expensive rebuild, although a small consolation is that he now tops the table, 500 points clear of Phill. 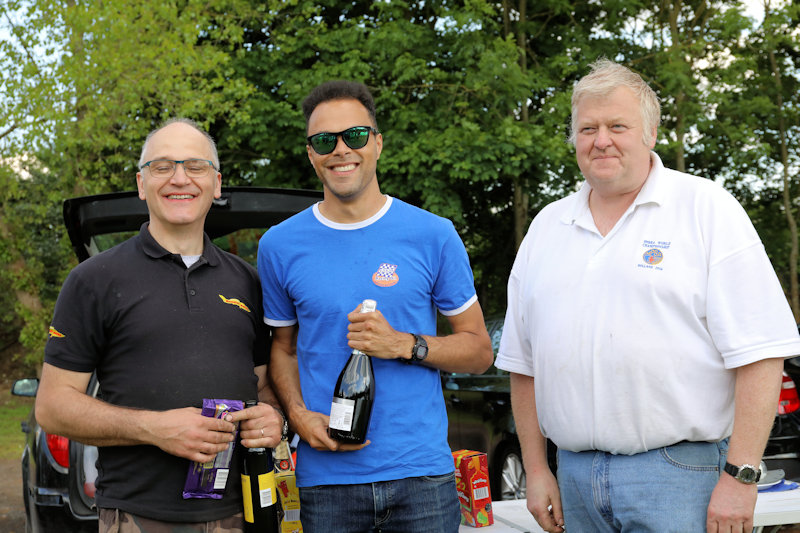 3.5cc Offshore – With Miha leading the Championship and juniors occupying 3 out of the top 5 places, we were hoping for another junior victory until MPBA Chairman Mick Fields came along to spoil their party. Micks 3.5cc boat is fast and reliable and using his experience from Multi, he takes an incredibly tight line round the buoys, which is just a bit too much for the juniors to compete with. Thomas and Miha still managed 2nd and 3rd respectively and Miha retains his Championship lead albeit by a slender margin of 56 points. 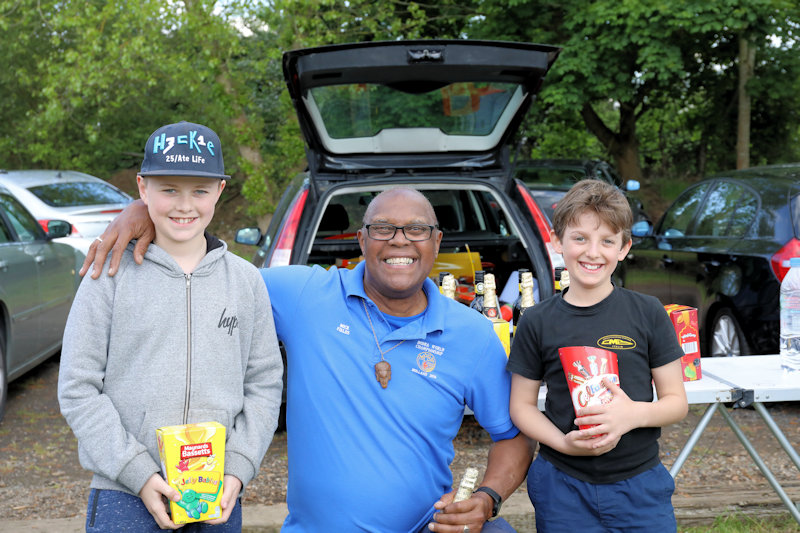 7.5cc Offshore – Julian Waumsley is on a roll with back to back wins in 3.5cc Multi at Brentwood and 7.5cc Offshore today. Adrian Marshall took 2nd, with Mick Buonaiuto 3rd. Julian tops the table with 2,194 points, 569 points clear of 2nd placed Adrian. 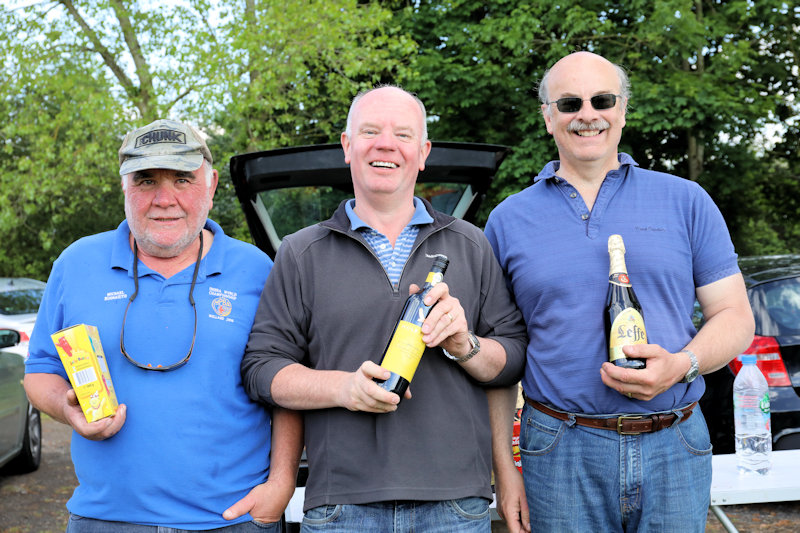 15cc Offshore – Mick Buonaiuto came out of the traps fighting with some impressive driving of his Delta Force / CMB combo. Despite a mishap in one heat where he managed to start his engine rotating backwards and missed the start, he did enough to secure the win. 1st Mick Buonaiuto, 2nd Les Wall. Mick jumps to 2nd in the table, 475 points behind leader Les. 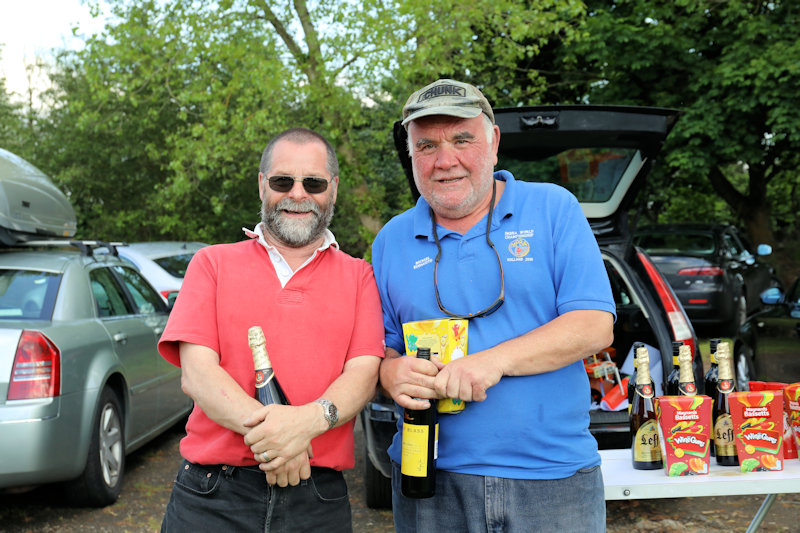 35cc Offshore – Thrills and spills in this class. Mark Wraight arrived with a new Kraken/Tiger King. The first 2 heats were a bit of a disaster for Mark. With a burned-out servo and the running gear dismantling itself, he was lucky to not end up in the bank. Bearing in mind that this was an untested boat, Mark then proceeded to do 2 full runs and get himself on the podium. A great achievement for first time out. Mark also provided us with the picture of the day with this spectacular effort: 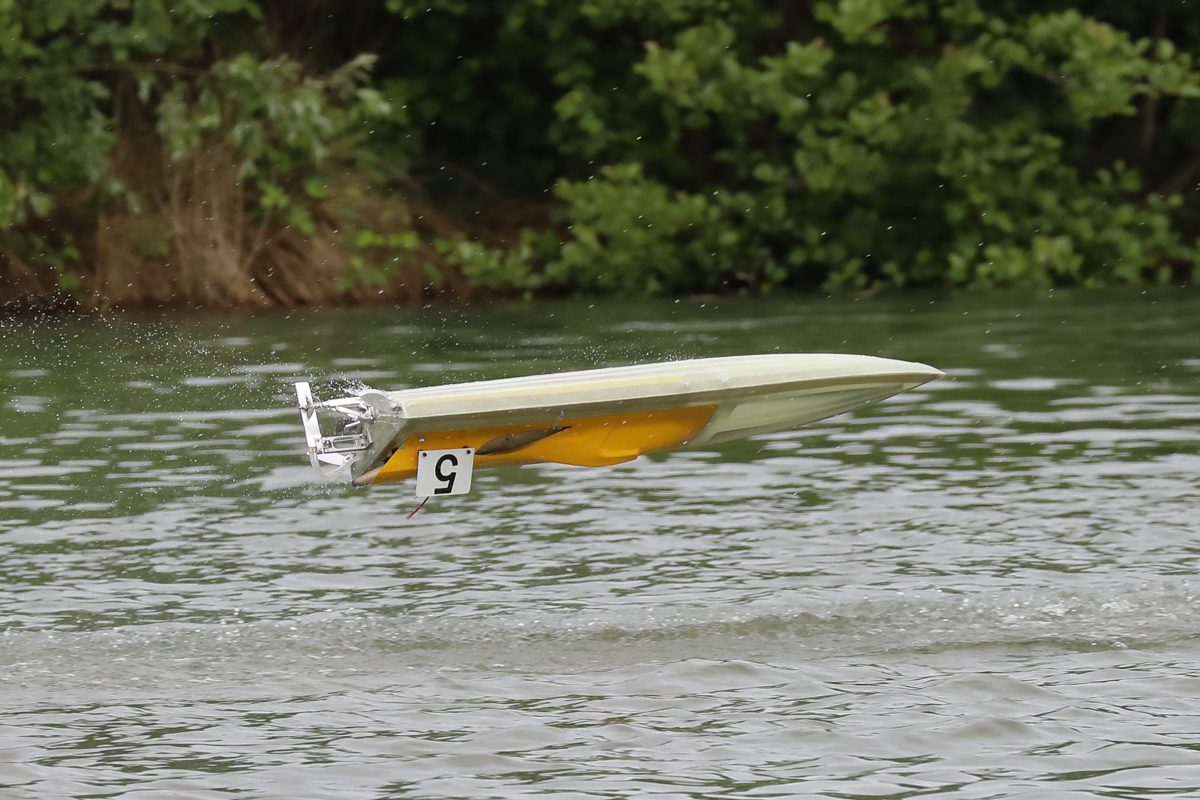 Werner wisely kept himself out of trouble to take the win and put himself top of the Championship, leapfrogging Neil Ward who failed to make the podium today. 1st Werner Bester, 2nd Jonathan Wilkins, 3rd Mark Wraight. 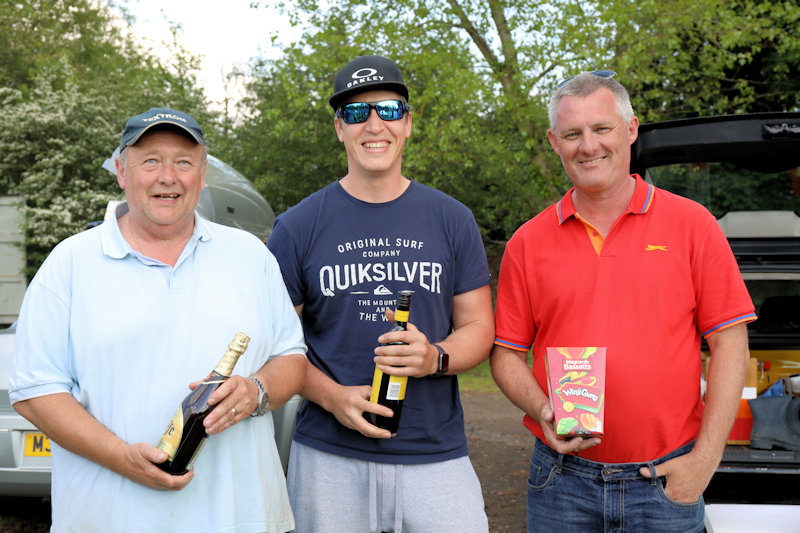 Sport 60 – Thomas’ Silak is quick, but he had reliability issues today and Les Wall had a comfortable victory. 1st Les Wall, Thomas took 2nd place making it a double-podium on the day. Lewis avoided taking any of the Elmbridge Turf home with him today and grabbed 3rd place. Les leads the Championship by 13 points from Thomas. 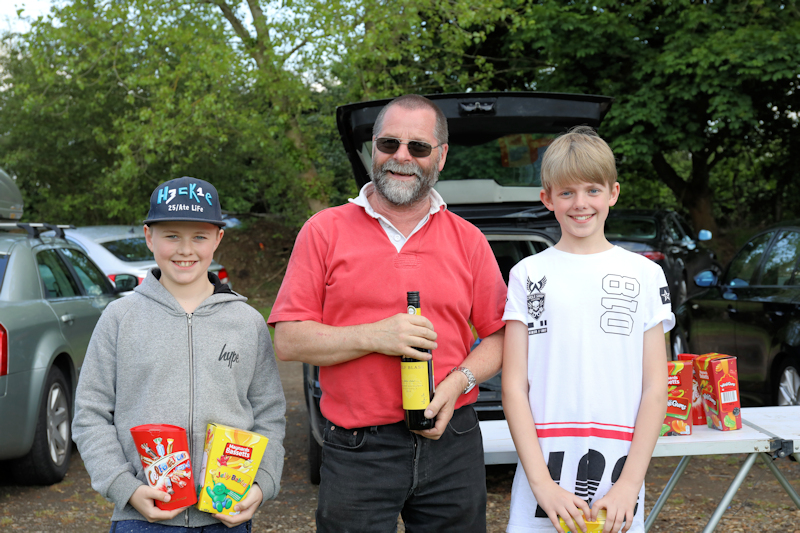