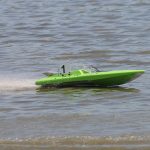 Entry List | Results | Photos 1 | Photos 2 | Photos 3 | Back to Race Hub
Super weather on Sunday and Monday was one of the rewards for the large British contingent who made the trip to The Netherlands for the bi-annual Multi (FSRV, Endurance) International race. There’s always a warm welcome for us at Internationals and this event, together with the one at Oudenaarde, Belgium is very popular with GB racers due to the fairly short travelling distances. With the majority of racers being Southern based, it’s an easy-ish drive to Dover or Harwich then a manageable journey on the other side depending on whether you cross to Normandy or the Hook of Holland. Not so straightforward for the Northern boys Robert Daniel, Dave Marles and Andrew Aykroyd, who can choose from Hull to Rotterdam/Zeebrugge or drive South to Harwich or even Dover. This is what Andrew Aykroyd did, resulting in a 12 hour journey. The Northern contingent did seem somewhat confused by the food when they arrived. As for yours truly, I was travelling without boats so it made sense to fly and rent a car which was a touch expensive, but very convenient as I’m near Stansted and I was home and busy posting photos by 8pm on Monday! See FSR Photos on Facebook

On to the racing on one of, if not the largest course we have ever seen

3.5cc – A big GB entry in this class – Andrew Aykroyd, Tony Ball, Keith Burgess, Mike Broad, Colin Croxford, Robert Daniel, Ian Folkson, Miha Folkson (Jr), Dave Hole, Zack Humphries, Dave Marles, Geoff Parmenter, Richard Sewell, Nigel Smith, Julian Waumsley and Mark Wraight. The small 3.5 engines would have to work hard at full throttle for a long time on the massive course and inevitably there were several mechanical issues, together with a few collisions with buoys and other boats. When the dust settled (Of which there was a lot on the sandy approach to the pits), we had one A final qualifier – Zack Humphries was TQ and three B finalists – Andrew Aykroyd, Robert Daniel and Dave Marles. The top 3 in the B final would progress to the A and there was just the one final for the juniors so Miha was automatically in that one. Unfortunately none of the GB B Final boys were able to progress to the A, a late crash putting paid to Andrew Aykroyds chances whilst leading. . Robert Daniel missed out on 3rd place by an agonising 3 seconds and Dave Marles was plagued with mechanical issues and only completed 4 laps.
Zack took his A game to the final, where he held off Mark van Ieperen of The Netherlands to take an emphatic win with his currently unbeatable Ikarus 2.3 / O.S. 2102. This result also confirms Zack as the 3.5cc 2018 iMBRA Western League Champion, with his closest rivals unable to catch his points total of 55 with only one League Race left in Hannover. 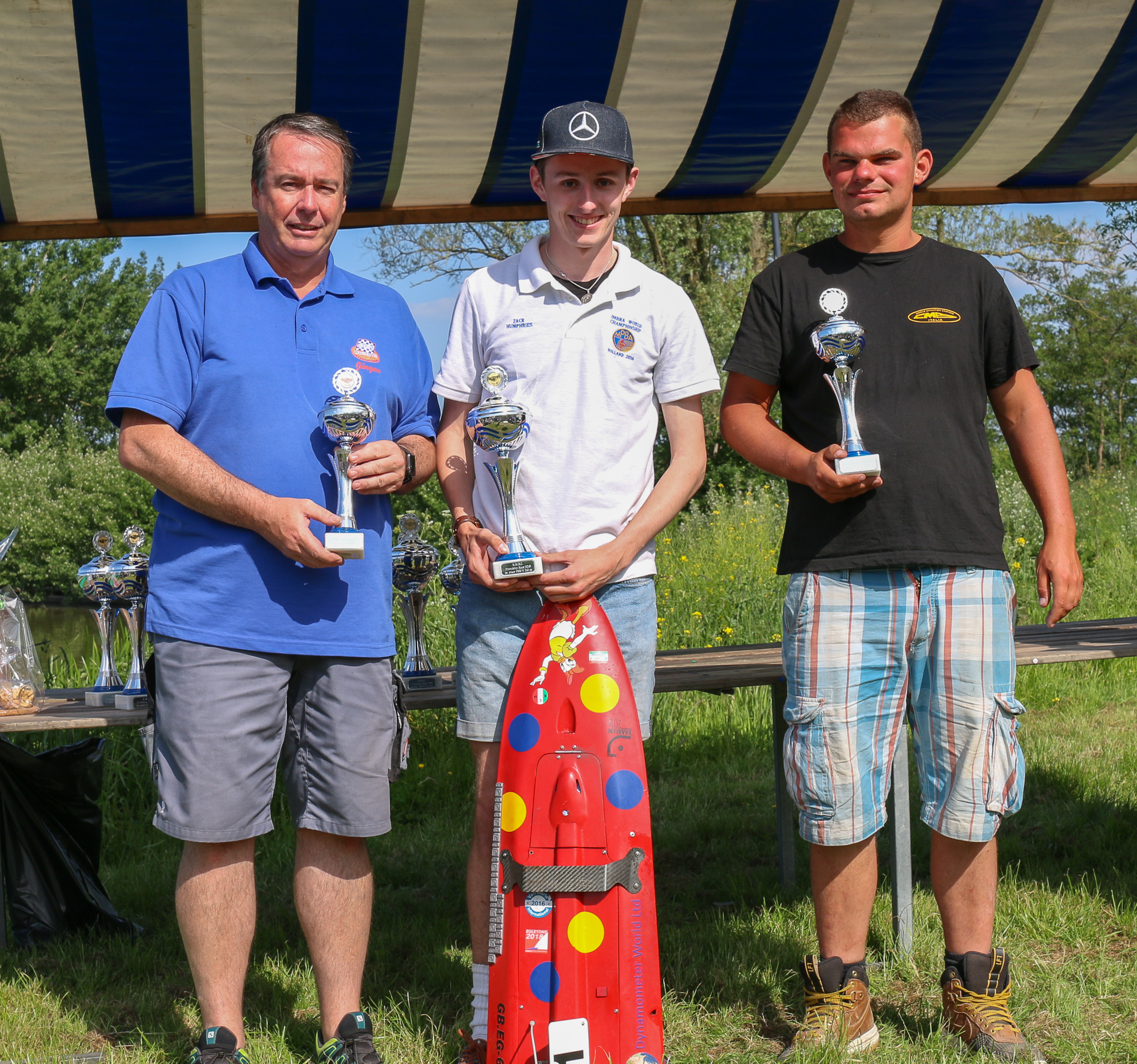 7.5cc – GB competitors were – Andrew Aykroyd, Robert Daniel, Dave Humphries (With his 4.5cc boat), Dave Marles, Geoff Parmenter, Nigel Smith, Julian Waumsley, Ross Waumsley and Mick Szebeko. Again we witnessed a lot of attrition and only Robert Daniel made the A final despite all the brits bar Andrew Aykroyd doing enough laps in qualifying to make to the B final. Dave Humphries was a soul destroying 1 second off the A final with his 4.5cc boat. Just a tiny bit more speed and Dave will be mixing it with the big boys as he is ultra-consistent with this boat. Robert put up a strong fight in the A final but finished in 5th place, 2 laps down on winner Reiner Kaekenmeister of Germany. Geoff Parmenter and Dave Marles provided me some of the best shots of the weekend with these sequences. 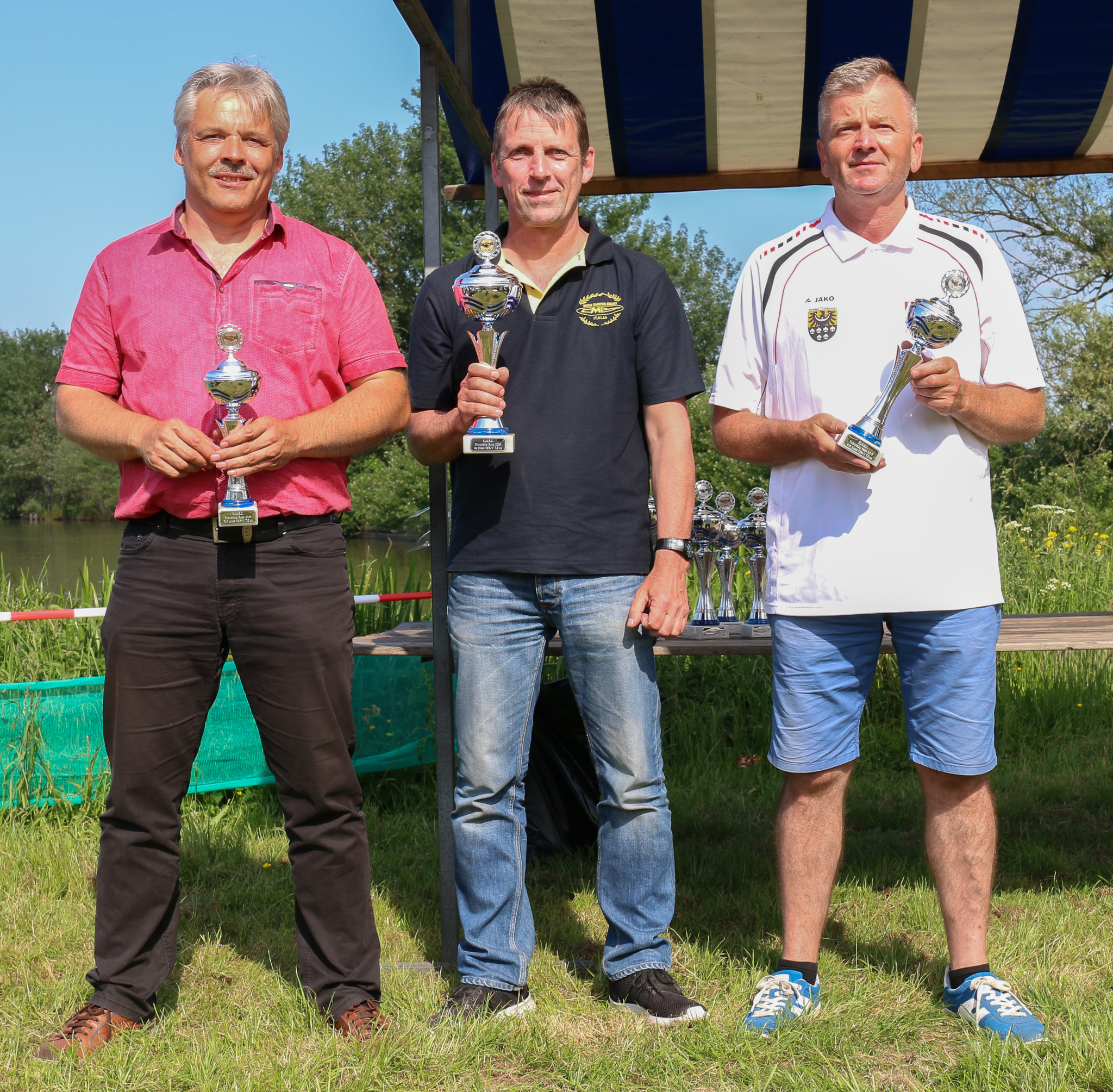 15cc – GB competitors were – Mick Buonaiuto, Robert Daniel, Phill Fields, Zack Humphries, Sam Lincoln, Dave Marles, James Taylor and Mark Wraight. Phill and Zack made it to the A final, with Mick, Robert, Sam, James and Mark having to settle for the B final. Dave was not able to make the B final due to more mechanical difficulties. Unfortunately none of our boys managed to progress from the B final with Mark suffering a breakage of his new CMB91 RSEvo DFB whilst in the lead on only it’s 3rd race. Mark was understandably very concerned about a common theme in what is a very expensive engine. We understand the manufacturer is replacing Marks broken parts with ‘New Improved’ parts FOC.

Now to the final. What can we say? A truly epic battle between Jonas Weingärtner of Germany and Zack Humphries. Phill Fields had a poor start after starting his CMB running backwards. When he finally joined the race, he somehow slotted in the gap between Zack and Jonas. For the majority of the race, this order was maintained until Phill spun out trying to hold Zack off, leaving Zack free to chase Jonas. This provided us with some of the most intense racing we have seen, Zack actually getting past Jonas at one point before losing the lead a few moments later. Phill rejoined the fray, albeit quite a few laps down by now. But as there was no Blue Flag Rule at this event, Phill did not deem it necessary to concede to Zack. As the seconds ticked down, Zack gave it one final throw of the dice to try to pass Jonas but crashed out in the attempt (Shades of iMBRA 2016 WC 15cc Final with Zack and Seb Videmont) and had to settle for 2nd. What a race! 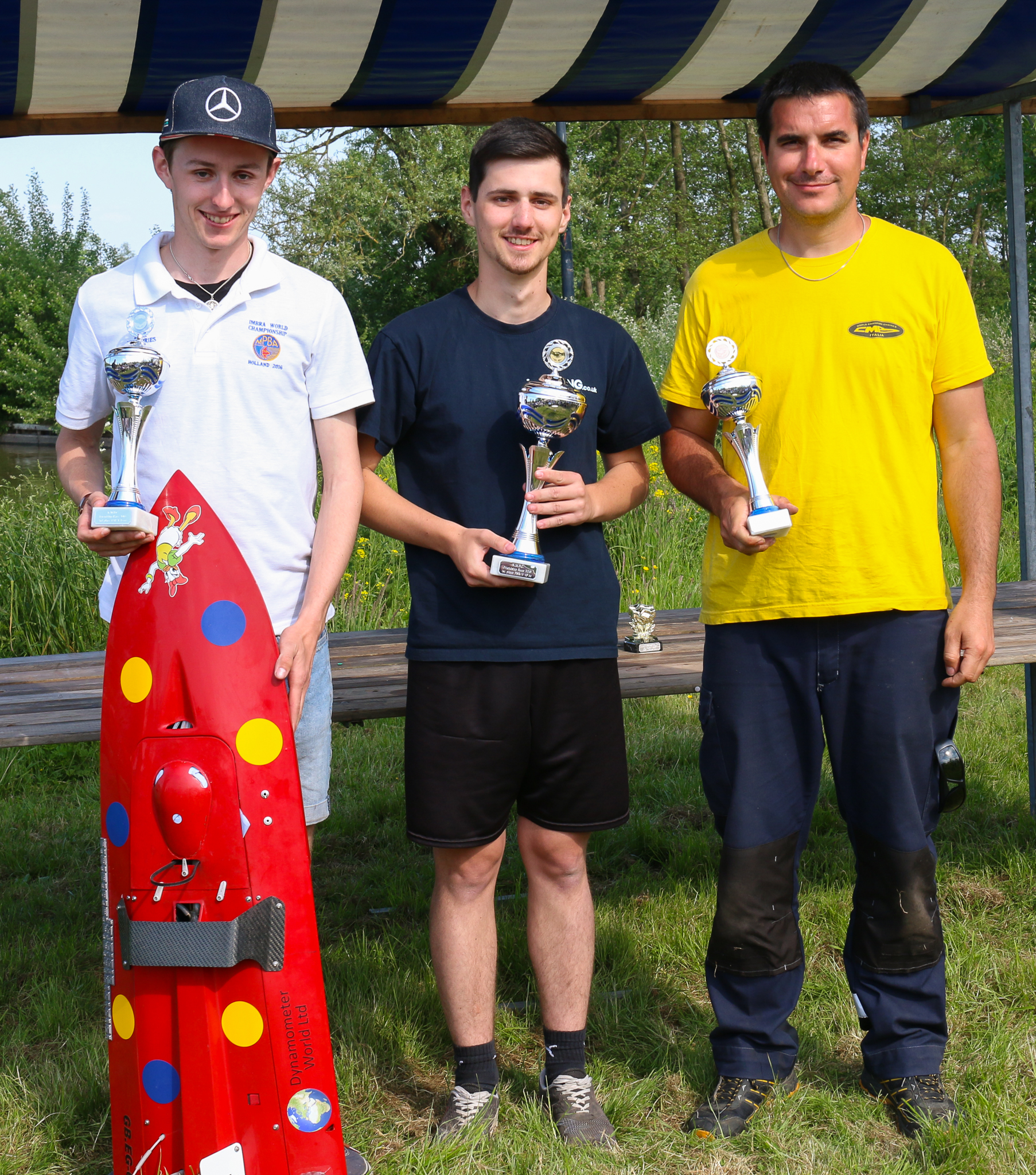 27cc – GB competitors were – Ian Folkson, Dave Marles and James Taylor who all made the final. James had some mechanical issues and finished 5th. Dave unfortunately did not start as he had a catastrophic crash into the bank in the qualification rounds. The whole front of his 27cc boat was ripped apart. 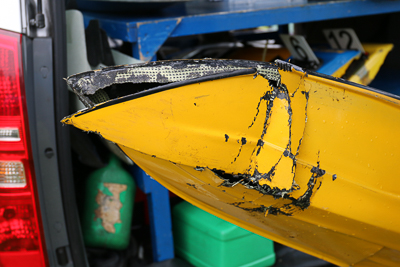 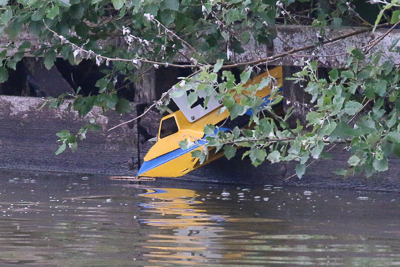 Ian Folkson had his stolen boats back together with his sons electric fun boats and a big box of parts. It was more than 2 years since he’d lost them at this same venue. Who would have thought that the 2 year old 27cc boat would be pressed into action after Ian’s new boat was damaged in qualifying? It would never work after 2 years of sitting in a warehouse would it? Oh yes it did, and propelled Ian to a fantastic 2nd place podium finish. 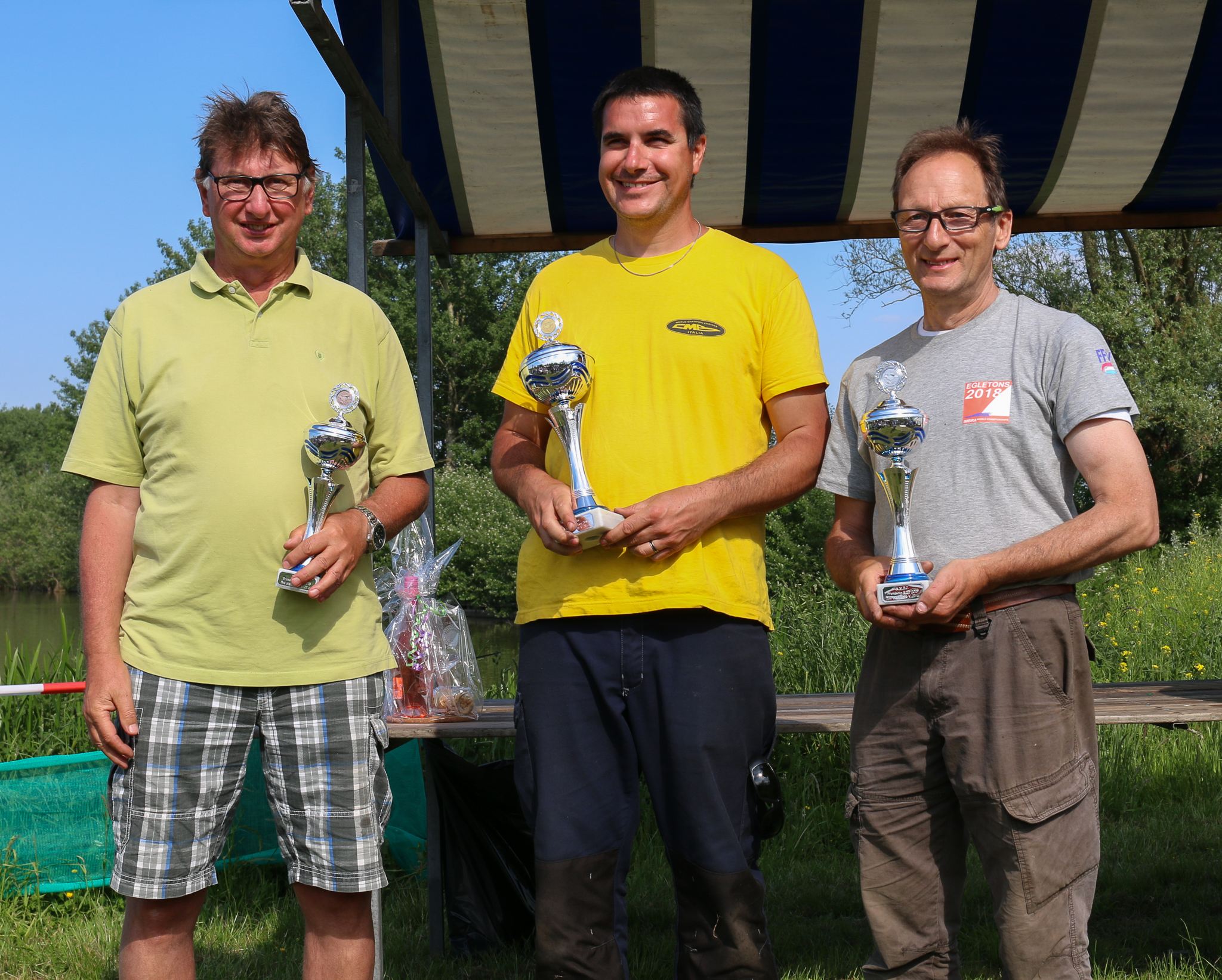 Juniors – Miha Folkson was the sole GB competitor and from the qualifying rounds it looked like Miha had the speed to win it. Unfortunately it was not to be today and Miha finished 4th after suffering a blown plug. iMBRA World Champion Erich Costa’s son Jonah took the win by 1 lap from Lucas. 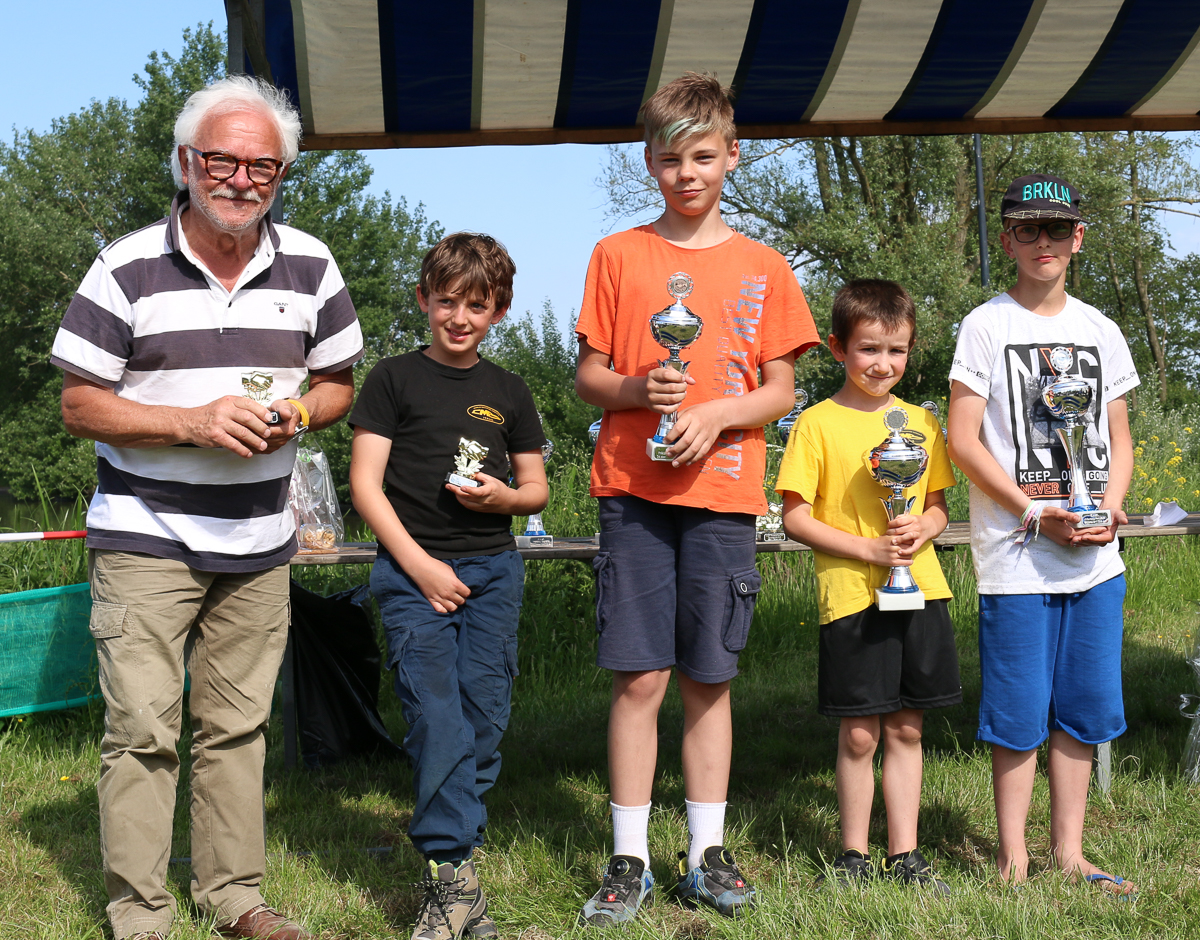